Asif Khan, of Cambridge University, UK, assessed the accuracy of hydro-climatic studies for six sub-basins of the Upper Indus Basin (UIB), showing that precipitation datasets and hydrological models should be carefully selected and tested, particularly for mountain regions. 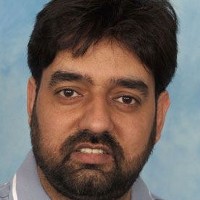 Millions of people rely on river water originating from snow and ice melt in the Hindukush-Karakoram-Himalayan (HKH) region. One such basin is the Upper Indus Basin (UIB), where the contribution of snow and glacier melt is more than 80% and therefore highly susceptible to global warming and climate change. The area of the UIB at Tarbela Dam is 172,173 km2, and meets millions of people’s agro-electric needs. Accurate results of hydro-climatic studies are vital for future precise policymaking and sustainable water resource development. This research thus evaluates the accuracy of various hydro-climatic studies for six sub-basins of the UIB.

This research evaluates the accuracy of five bias-corrected general circulation model (GCM) precipitation data sets, based on basin-wise mass balance assessment and Turc-Budyko non-dimensional analysis. The data sets are based on five GCMs: i) GFDL-ESM2M, ii) Had GEM2-ES, iii) IPSL-CM5A-LR, iv) MIROC-ESM-CHEM, 5) NorESM1-M, all for the period 1985-1998. These precipitation data sets have been utilized in six different hydrological models used in the Inter-Sectoral Impact Model Intercomparison Project (ISI-MIP). Modeled flows results of these six models have been evaluated by comparing them with measured flows for all sub-basins. Global Agro-ecological Zones (GAEZ)/ Food and Agriculture Organization (FAO) water scarcity and other relevant hydro-climatic studies were also assessed during 1961-1990, using the above-mentioned approaches.

The basin-wise mass balance assessment and Turc-Budyko analysis show that all precipitation data sets used in ISI-MIP significantly underestimate precipitation in the UIB, particularly in the Karakoram sub-basins. ISI-MIP’s WBM and MPI models are not suitable for the UIB because they significantly underestimate modeled flow compared with the measured flows (and the other four models). The remaining four models provide consistent but significantly low modeled flows (<50%) compared with the records measured in all sub-basins, except for the Kharmong Basin. GAEZ/FAO shows severe water scarce conditions in the UIB and other nearby Asian basins. In GAEZ/FAO, significantly underestimated precipitation data have been adopted to estimate available surface renewable water resources; thus their modeled flows are also far lower than the actual available renewable water resources.

All ISI-MIP hydrological models have used underestimated precipitation data, which is the main cause of underestimation of the modeled flows. Similarly, the GAEZ/FAO water scarcity does not give a true representation for the UIB, mainly because of underestimated precipitation. For future precise and accurate policymaking and sustainable water resource development, there is an intense need to improve hydro-climatic studies in the UIB. It is highly recommended and needed that ISI-MIP and other such projects/models’ results be checked at the regional scale. An important message from this study is that extreme caution should be exercised in selection of precipitation data sets and hydrological models, particularly in mountain regions such as the HKH.

Asif Khan, of Cambridge University, UK, is a citizen of Pakistan. He was funded by IIASA and worked in the Water Program during the YSSP.