Should I stay or should I go? A plural rationality approach for sustainable disaster risk reduction in Mozambique 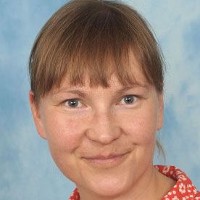 Mozambique is extremely prone to natural hazards. Following major floods in 2000, one of the main measures to reduce disaster risk has been extensive relocation of people living on flood plains. The results of the resettlement scheme are, however, debatable. This paper uses the theory of plural rationality [1] aiming to capture the different worldviews stakeholders have on the nature of the problem (disaster risk) and its solutions (risk reduction). The paper also examines how harnessing these different worldviews can improve disaster risk reduction (DRR) measures.

This study is designed as a qualitative case study. Data were collected during four field work trips in 2008, 2012, 2013, and 2015. Material consists of interviews with keys stakeholders involved in DRR activities in Mozambique (n=63); interviews (n=22) and focus group discussions (n=4) with people who have been relocated along the lower Zambezi river valley; and observation. In addition policy and project documents as well as secondary data have been used.

Although international frameworks emphasize the importance of multistakeholder approach, DRR measures remain highly normative in which problems and their solutions are given from above. Yet such top-down procedures rarely work when it comes to adaptation or rebuilding people’s lives and livelihoods after a disaster event. The government of Mozambique is implementing a resettlement scheme that has given local people and other stakeholders few chances to voice their concerns or influence the measures. As a result this ‘one view’ solution has failed in many areas. Following the theory of plural rationality, more sustainable solutions could be reached by including all voices in decision-making process and finding compromises.

Jenni Koivisto, of Karlstad University, Sweden, is a citizen of Finland. She was funded by the IIASA Finnish National Member Organization and worked in the Risk, Policy and Vulnerability Program during the YSSP.