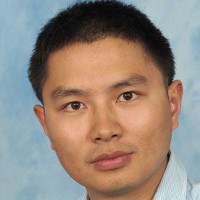 In the last several decades, global food production growth has been triggered by a large increase in the amount of fertilizer application; for example, global N fertilizer application increased nine-fold and global P fertilizer tripled from 1960 to 2010 [1]. Consequently, significant environmental issues have been caused at different scales (e.g., air and groundwater pollution, eutrophication, soil degradation, ecosystems diversity reduction, and coastal water pollution) [1]. It is important to identify the hotspots of crop-specific nitrogen and phosphorus pollution on a global scale.

PEPIC, a grid-based Environmental Policy Integrated (EPIC) model under the Python environment, was used to investigate the nitrogen and phosphorus pollution for four major crops: maize, rice, soybean, and, wheat. Here, total annual losses of N (including the annual losses of N to air and water) and P (the annual losses P to water) to environment were considered as the N and P pollution. To identify the hotspots of N and P pollution, a global food production unit map obtained from [2] was used to aggregate the grid-based outputs.

Figure 1: Global distribution of total annual losses of N and P to environment around 2000

Using this biophysical crop model, it is possible to spatially explicitly simulate the crop-specific N and P pollution. In this study, the hotspots of global N and P pollution at the level of food production unit were identified. To reduce the N and P pollution in these high pollution areas, smart agriculture management practices should be introduced.

[1] Klimont Z (2013). Our Nutrient World: the challenge to produce more food and energy with less pollution. Centre for Ecology and Hydrology (CEH).