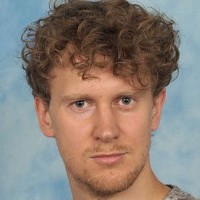 The Lake Chad basin in Africa has gone through extensive hydrological changes since the 1960s. In this period the surface area of Lake Chad has shrunk from 25,000 km2 to 3,000 km2 and its volume has decreased by nearly 60%. The communities in the areas around the lake are rural and mostly based on agropastoral and fishing activities. They are thus directly dependent on hydrological factors such as rainfall, freshwater availability, floodplains, and soil moisture. This study aims to increase the knowledge on the relationships between hydrological variations and agricultural production and identify risks to food security in the Lake Chad District in Chad, located just next to the lake.

Observed agricultural data from 1988-2012 for 3 sub-districts was collected from a Chadian development organization, Societe de Developpement du Lac Tchad, which has been working in the district for the past 30 years and weather data was collected from the Chadian weather services. For the analysis qualitative information sources are used together with bi- and multivariate regression analysis to establish and quantify the relationships between agricultural and weather variables. Results are compared across the three different sub-districts and are used to assess risks to food production due to weather conditions.

Outputs from the bi- and multivariate models show highly significant relationships to several of the weather variables. Especially rain and lake variables have high correlations to the agricultural data. Lake level variables show higher correlations to maize crops than to millet crops, while rain variables are more correlated to millet crops. The multivariate models based on significant and verified variables generally have adjusted R2 of 0.5 to 0.8 for the different agricultural variables, indicating a high level of weather sensitivity.

From the results it is possible to identify which weather variables that have been involved in food production failures over the studied time period. Furthermore, critical thresholds of certain weather variables to food production can be specified. Under the assumption of continued socioeconomic stability in the district these relationships can be used to assess risks to food security based on observed and forecasted weather variables. By verifying this assumption through field studies and continued local collaborations, this body of knowledge could be useful for food security planning and rural development in the district.

Erik Nilsson, of Lund University, Sweden, is a citizen of Sweden. He was funded by the IIASA Swedish National Member Organization and worked in the Risk, Policy and Vulnerability Program, during the YSSP.