Devyani Singh, of the University of British Columbia, Canada, examined recent trends in India for replacing fuelwood with liquefied petroleum gas (LPG) as the main source of household cooking energy. 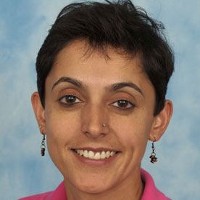 About 3 billion people worldwide depend on traditional biomass (wood, crop residue, dung) as their main source of household cooking energy. The use of biomass, and other solid fuels, has attracted international attention due to their negative impacts on health, environment, and society. The WHO (2013) estimates that indoor air pollution from inefficient use of these fuels contributes to almost 4.3 million deaths annually around the world. These impacts have prompted multiple efforts at the local, national, and global scale to transition people to the use of improved fuels. Recent trends indicate that only a partial transition to cleaner cooking fuels is taking place in many countries, and fuels are often stacked (i.e. used along with) rather than completely substituted. However, research has not explored the extent to which households stack fuels even though it has major implications for household greenhouse gas emissions accounting. We contribute to this literature by analyzing recent trends over a decade (2001-2011) in India to estimate the amount of fuelwood that is displaced due to the growing use of LPG for cooking.

We use LPG as the improved fuel for our analysis as most Indians aspire to use it given its ease of use, efficiency, and reduced emissions. We use the Indian national census data and the Indian National Sample Survey Organization Socio-Economic surveys from 2001 and 2011 to estimate per capita fuelwood displacement on account of LPG access and use. This displacement is identified by estimating fixed effects models to identify the drivers of fuelwood consumption by rural and urban populations. We include controls for state (and region), income, social class (caste), employment, fuel prices, gender of household head, education level of household head, size of the household, and the amount of other fuels used for cooking.

We observe that the number of households using fuelwood for cooking over the decade has decreased in percent but not in total numbers. However, both the share and number of supplementary users (those who use fuelwood in addition to LPG) has increased. The average use of fuelwood per month also increased from 149.34 kg/capita in 2001 to 169.93 kg/capita in 2011. We find that LPG access displaces between 11.97 to 12.41 kg/capita/month on average, while every additional GJ of LPG consumed displaces between 88.41 and 91.69 kg/capita/month. On aggregate this suggests that 45.65 MT (22% of FW in 2011) of fuelwood was displaced due to the use of LPG for cooking in 2011.

A transition to improved fuels is observed over the decade in India. However, this transition is not total and people continue to use multiple fuels (stack) to meet daily cooking needs. Our results can improve the calculation of fuelwood saving used in carbon credits for improved cook stoves. The results can also inform the impacts on forest resources from the use of improved fuels.

Devyani Singh, of the University of British Columbia, Canada, is a citizen of India. She was funded by IIASA and worked in the Energy Program during the YSSP.