Sunyong Sung, of Seoul National University, Republic of Korea, used the IIASA Global Forest Model (G4M) to investigate the impacts of climate change on the net primary productivity (NPP) of forests on the Korean Peninsula, showing that NPP would increase under all scenarios tested. 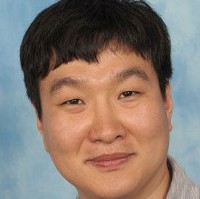 Net primary productivity is considered to be an important indicator for forest ecosystems. As much as 64% of South Korean territory is covered by forest, making the development of the forest sector a primary concern for the government. Discussions regarding how to maximize carbon sequestration in the forest sector have been under way since the Korean government announced the first comprehensive plan for improvement of the forest carbon sink. The objective of this research is thus to estimate the change in South Korean forest carbon stocks under different climate change scenarios.

G4M was used in this project to estimate NPP changes under different climate scenarios. As input data we used detailed (1 km x 1 km) downscaled monthly precipitation and average temperature data from the Korea Meteorological Administration for the four representative concentration pathways (RCP) scenarios (2.6/4.5/6.0/8.5). To validate the results of the model against historical development, Moderate Resolution Imaging Spectroradiometer (MODIS) NPP data from 2001 to 2010 was used. Spatial statistics tool in ArcGIS 10.1 was used for analyzing different trends among the scenarios, as well as NPP changes from 2011 to 2100.

In this study, MODIS and G4M showed similar NPP values from 2001 to 2010. In the future, average NPP per ha would increase in all RCP scenarios. The total NPP of forest increased in most of the RCP scenarios except RCP 8.5. The average temperature increased 5℃ in the RCP 8.5 scenario and by 1℃ in the RCP 2.6 scenario. In addition, the standard deviation of annual precipitation was the highest in the RCP 8.5 scenario. Precipitation change in the wider range could cause water stress on vegetation that would cause a decrease in forest productivity. 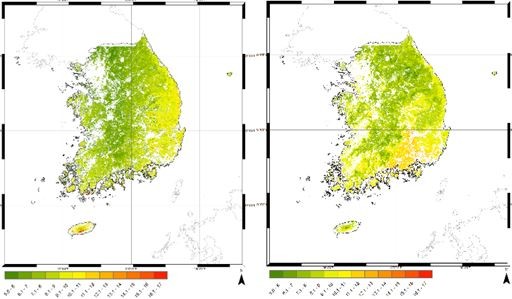 In this study, we calculated NPP change under different climate change scenarios to estimate carbon sequestration in the forest ecosystem. However, we assumed that the forest biome will change as a maximizing increment of NPP. Further study is required for considering species changes under climate change.

Sunyong Sung, of Seoul National University, is a citizen of the Republic of Korea. He was funded by the IIASA Republic of Korea National Member Organization and worked in the Ecosystem Services and Management Program during the YSSP.