Sam Hyun Yoo, of the World Population Program, is calculating fertility projections for South Korea over the next two decades to assess the effects of delayed childbearing and a reduced number of births per woman. 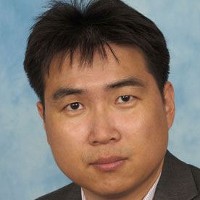 The tempo effect in fertility indicates an inflation or deflation of the period Total Fertility Rate (TFR) caused by a change in the timing of childbearing. Recognizing this effect is essential in explaining fertility change and making population projections. Although East Asian countries have experienced very low TFRs in recent decades, also known as “ultra-low fertility,” it is still unclear whether and to what extent the tempo effect depressed TFRs. I test whether the ultra-low fertility reflects a delay in childbearing (fertility tempo), a decline in the number of births per woman (fertility quantum), or both. As a first step, I look at the role of tempo effect in Korean fertility, which is one of the lowest in the world.

For the undistorted measure of period fertility, I use the Bongaarts and Sobotka method, so-called tempo- and parity-adjusted TFR (TFRp*), and apply it to the Korean case. Unlike other existing measures, it not only adjusts for tempo distortions but also takes into account the birth parity distribution of the female population. Comparing it with the conventional TFR and other adjusted measures, I estimated tempo distortions and further decompose them into order-specific distortions. Based on recent trends, I also made fertility projections for the next couple of decades and test how the tempo-quantum interplay results in different demographic outcomes.

In South Korea, the shift of childbearing to later ages (tempo effect) has significantly lowered the period TFR since the early 1980s. The tempo distortion peaked in the early 2000s when the country’s TFR dropped below 1.3. The decline in the period TFR was primary driven by the delay in childbearing in the 1990s, but it was quickly followed by a decline in fertility quantum in and after the 2000s, notably in lower-order births. As a result, the fertility quantum free from distortions has shown a downward trend although the trend in the period TFRs has been stabilized for the last decade. The undistorted TFR is also expected to decline further over the next two decades at least, unless the trends in quantum and tempo effects are immediately reversed in the coming years. The additional decline in fertility at lower-order births, which is in contrast to the European experience, implies that the potential bounce of the period TFRs in response to the end of postponement transition might not be strong as in European countries. This result is indicative for coming changes in other developing countries in the rest of Asia and Africa where fertility decline is underway.

Sam Hyun Yoo is a citizen of the Republic of Korea, and is a IIASA-funded Postdoctoral Scholar (May 2015- May 2017).