The influence of property size on sustainable agricultural intensification in Mato Grosso, Brazil

Erasmus zu Ermgassen, of the University of Cambridge, UK, used a recursive dynamic model to test different scenarios for the transition to sustainable agriculture in Mato Grosso. 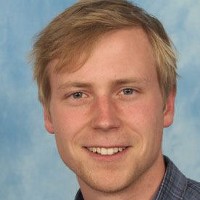 Size matters. Farmers’ decisions, such as whether to clear vegetation, whether to keep livestock or plant crops, and which technologies to use, are all influenced by property size, that is, how much land a farmer has. Across the tropics, the dynamics of land use change differ greatly, for example, between areas dominated by smallholder farming or export-oriented industrial agriculture. However, the models of land use and land use change which are commonly used to evaluate alternative policy or development scenarios often do not include the distribution and ownership of land. Nowhere is the consideration of the distribution of land more relevant than in Brazil. Smallholders make up 81% of owners of farm properties in the Brazilian Legal Amazon, and are not only more credit-constrained but also less educated than the owners of larger properties; smallholders are also responsible for an increasing share of deforestation. Between 2005 and 2011 the contribution of deforestation by large landholders (>2,500ha) fell by 63%, whereas that of smallholders (<100ha) rose 69%. Future efforts to promote equitable, sustainable development in Brazil must consider the size distribution of landholdings.

I developed a high-resolution map of landholdings for the central Brazilian state of Mato Grosso, an epicenter for land use change and deforestation. This dataset was used to test the hypothesis that property size is a determinant of which farming practices farmers adopt; it was used to evaluate the effect of environmental and agricultural policies on rural property owners, and how their responses vary with farm size.

I classified land use in Mato Grosso into four property size classes, ranging from <100 ha to >2,500 ha, and six land uses: forest, single-cropped soy or cotton, double-cropped soy-maize or soy-cotton, and pasture. This classification used multiple data sources, including data on the distribution of properties and their sizes for 1,839 census-tracts (covering 81.2% of Mato Grosso), rural cadastral data of 34,687 properties (covering 34.5% of Mato Grosso), and satellite remote sensing data on land use classifications. I differentiated the production costs that farmers with differently sized properties face, and then integrated these data into a land use optimization model which operates at municipality scale and covers the whole of Mato Grosso. This recursive dynamic model solves for each five-year time step starting in 2006 and captures the behavior of different farm size classes through their differentiated costs of production. We used this model to test different scenarios for the transition to sustainable agriculture in Mato Grosso.

I mapped the distribution of farms, their sizes, and their agricultural practices across 6,119 census-tracts in Mato Grosso. This novel dataset describes the proportion of land per census tract that is occupied by, say, small ranchers (<100ha) or large soy-maize producers (>2,500ha). I confirmed that agricultural practices in Mato Grosso are strongly influenced by property size; smallholders (<100ha) are more likely to raise cattle than the owners of larger properties (>100ha), who in turn are more likely to plant crops such as soy, soy-maize, or cotton. This spatially explicit dataset can be used in further analyses to, for example, investigate the impact of government policies on deforestation and reforestation, or investigate the role of investment and subsidies in promoting sustainable agricultural practices.

Erasmus zu Ermgassen, of the University of Cambridge, UK is a citizen of Germany. He was self-funded and worked in the Ecosystems Services & Management Program during the YSSP.