Guilherme De Paula of the Yale School of Forestry and Environmental Studies, USA, conducted a project to explain the significant cost reductions in sugarcane ethanol production in Brazil since 1975. 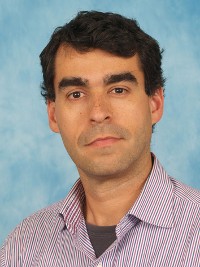 Ethanol production in Brazil has increased exponentially in the last decades, and there is large potential for continuing growth. As ethanol competes directly with gasoline, the sustainability and expansion of the Brazilian ethanol program depends on continuous improvements in efficiencies and reductions in production costs. Recent increases in ethanol production costs have raised questions about the ability of the industry to fulfill its potential without additional government subsidies. The objective of this project is to explain the significant cost reductions in sugarcane ethanol production in Brazil since 1975. This analysis reviews the influential work of [1] and [2] on ethanol learning curves.

Analysis of the historical cost reductions is broken down into four steps. The first step was to reconstruct the historical dataset of ethanol costs, which involved incorporating additional data sources and a breakdown of cost data into the multiple components of the agricultural and industrial production processes. The second step was a decomposition of historical cost changes into the main drivers of ethanol cost improvements, including the development of a simple bottom-up model of ethanol cost components. The third step was a sensitivity analysis of two main drivers of ethanol production efficiencies: agricultural yields and industrial scaling. The final task was a robust analysis of the learning curve model as an explanatory tool for the evolution of ethanol costs.

The previous literature overestimated the historical cost reductions of the Brazilian ethanol program and underestimated the uncertainty in the historical data series. Initial estimates suggested that ethanol costs reduced by a factor of three, while we can justify only a 50% reduction. The key drivers of ethanol cost variation are factor prices, agricultural yields, and industrial scaling. Agricultural yield is the key determinant of cost improvements, and a successful technological change story precedes the start of the Proalcool program in 1975. There is evidence of diminishing returns on the efficiency of the ethanol production process; after 40 years since the introduction of the Proalcool program, the highly productive sugarcane ethanol is not competitive with gasoline and remains dependent on government subsidies and gasoline taxes.

Guilherme De Paula of the Yale School of Forestry and Environmental Studies, USA, is a citizen of Brazil. He was funded by IIASA’s US National Member Organization and worked in the Transitions to New Technologies (TNT) Program during the YSSP.