Qiuying Ding of the Shanghai Climate Center, China, looked at the coupling of crop models across different spatial scales and the multi-scale evaluation of adaptive technologies locally, for different cropping regions, and China as a whole. 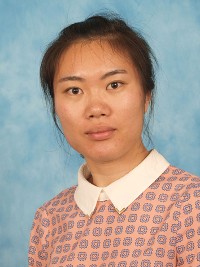 Soybean, a crop of worldwide importance which originated in China, plays an important role in China’s food and livestock-feeding system. In recent years, however, the demand for soybean products in China has been increasing much faster than domestic production. In the 1990s China began to become an importer, and by 2010 some 49 million tons of soybean products per year were imported, accounting for about 75% of total domestic consumption. Like most crops, soybean faces a wide range of cultivation and production conditions in China; it is quite sensitive to climate change, especially temperature and rainfall. Though crop modeling is widely used in China to assess climate change impacts, what we currently lack is the coupling of models across different spatial scales and the multi-scale evaluation of adaptive technologies both locally as well as for different cropping regions and the country as a whole.

DSSAT (Decision Support System for Agro-technology Transfer) is a site-specific model, which when used with the GLUE (Generalized Likelihood Uncertainty Estimation) module, can estimate crop-specific parameters based on time series of observed data at selected research stations. AEZ (the Agro-ecological Zones model system) is a widely used tool to simulate suitability and potential production of crops based on specification of so-called land utilization types (LUT; crop species at specified management level) at regional, national, or global scale. In this study, we first ran DSSAT simulations based on the observations for 22 sites covering the period 1981-2011 to establish the soybean parameters, and we upscaled site results based on a cropping systems zonation of 2005 using ArcGIS. Using these site observations and DSSAT site simulations, we verified and updated the LUT parameterization of AEZ-China and produced the spatial simulations for current and future climates.

The R-square between the site observations and simulated results from DSSAT is quite high for both anthesis dates (0.89) and maturity dates (0.95), which are critical parameters for soybean yields. This means the DSSAT site simulations are reliable enough to derive information for updating the LUT parameters used by AEZ. Although AEZ evaluates all LUTs in each grid cell and usually selects the one with highest yield, this default selection was changed to reflect farmers’ choices under multiple cropping, that is, where they plant short-cycle soybean (which takes into account the total year-round income from farming) in preference to only the best possible soybean crop. We thus adapted the AEZ optimal crop LUT selection to consider only the short-cycle cultivars in areas with intense double- and triple-cropping systems (currently in mainly southern and eastern China). In northern China, in areas with single cropping or limited double cropping, the best performing LUT was chosen to define the soybean potential of each grid cell. AEZ simulates multiple cropping conditions based on climate characteristics, and this selection rule was applied both for current and future climate simulations. The spatial results both in DSSAT and AEZ show that climate change will be beneficial to soybean in northeastern China but adverse in the southern part. DSSAT, however, shows a more marked decrease in the southern part. In both two models, irrigation helps to slow down the adverse impact.

In the DSSAT model, the same planting date range and fixed cropping zone are used in the future. This should be changed, but as this aspect was not studied, the adverse impact may be aggravated. Although AEZ was found to select the future best planting date and the best adapted cropping zone, there is room for improvement here.

Qiuying Ding of the Shanghai Climate Center, China, is a Chinese citizen. She was funded by IIASA’s Chinese National Member Organization and worked in the Water (WAT) Program during the YSSP.