Emergence of shared perception of futures in a foresight system

Mikko Dufva of the VTT Technical Research Centre of Finland, studied how shared perceptions about the futures emerge in a foresight system. 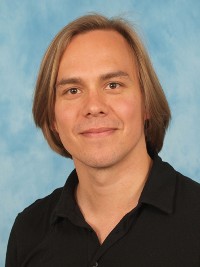 The understanding of the innovation process has shifted from a linear view to a systems approach. Because of this shift, a centralized teleological narrative of societal progress has been replaced by the interplay of different competing perceptions of what futures should be. Even though these perceptions are crucial in shaping the future of the innovation system, the dynamics of how they emerge and change has not gained much attention in the innovation or foresight literature. To address this gap, we focused on the following research question: how do shared perceptions about the futures emerge in a foresight system? By foresight system we mean the network of interacting agents set up to catalyze future-oriented insights, decisions, and actions.

We analyzed the changes in the concepts used during the compilation of the Finnish government’s report on the future. To mitigate researcher bias, we used text mining and software-generated concept maps to guide the qualitative analysis of material produced during the process. The foresight process was then framed as one sequence of activities in a foresight system. Functions adapted from innovation systems literature were used to analyze the systemic reasons for the identified changes in perceptions, as reflected in the concepts used.

The concepts used stayed almost the same during the process. The only notable exception was the introduction of the concept of digital economy from another parallel project in the latter part of the process. Even though the set of concepts stayed the same, their emphasis and framing changed. For example, the discussion around the concept of growth changed from ensuring economic growth while staying in the boundaries set by environment and social equality, to defining sustainable growth, and finally to reframing economic growth as sustainable by decoupling it from material growth. The mode and intensity of interaction among the agents in the system affected these changes, as did the set of agents involved.

The better understanding of what happens in a foresight process and how the foresight system affects this increases the transparency of outcomes. The outcome of a foresight process is not an agreement of what the futures might be, but rather a reflection of the dominant logic used when describing futures. In our conceptual framework, foresight is not just a single process but a system of agents interacting. This interaction gradually changes the concepts used when futures are discussed. The main contribution of foresight is not in creating new knowledge but in changing the emphasis and reframing existing ideas by increasing the set of cognitive schemes. This implies that the foresight process should be seen as one part of a continuum of interaction among agents in the system and as a space for bringing new agents and new cognitive schemes into the discussion.

Mikko Dufva of the VTT Technical Research Centre of Finland, is a citizen of Finland. He was funded by IIASA’s Finnish National Member Organization and worked in the Advanced Systems Analysis (ASA) Program during the YSSP.