Etienne Fluet-Chouinard of the Center for Limnology, University of Wisconsin-Madison, USA, presented a classification of wetland ecosystems that are biodiversity hotspots in Africa and South America. 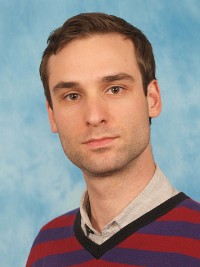 Where data are limited, habitat classifications are used as surrogates for biodiversity, as in the case of wetland biodiversity. Many classifications exist for wetlands, the most widely used being the one from the Ramsar Convention based on ecosystem properties; however, global wetland maps do exhibit an equal level of detail. I developed a classification scheme harmonized with that of the Ramsar Convention, grouping classes into hydrogeomorphic superclasses [2]. The Ramsar “sites of wetlands of international importance” were used as training sites for decision tree learners, based on both geomorphic and hydrologic predictors, to classify the entire wetland cover. A rapid assessment of conservation coverage and anthropogenic biodiversity threat [3] across wetland classes was conducted as a preliminary step to a complete global assessment.

Despite the grouping of wetland classes, the hydrogeomorphic predictors classified wetlands only moderately well. Intermittently inundated classes such as creek and floodplain were particularly poorly represented, which may be due to the uncertain site delimitation, variable quality of reporting, and inadequate predictors. Despite its inaccuracy compared to other global wetland covers [4], the classification produced represents a first step toward a global wetland cover consistent with the Ramsar classes. Finally, the cursory assessment showed that wetland types are unevenly protected, while differences among threats are more location-specific.

[2] Semeniuk V, Semeniuk CA (1997). A geomorphic approach to global classification for natural inland wetlands and rationalization of the system used by the Ramsar Convention—A discussion. Wetlands Ecology and Management, 5(2), 145-158.

Etienne Fluet-Chouinard of the Center for Limnology, University of Wisconsin-Madison, USA, is a Canadian citizen. He was funded by IIASA’s US National Member Organization and worked in the Water (WAT) Program during the YSSP.