Miho Kamei of the University of Tokyo/National Institute for Environmental Studies, Japan, investigated the future role of cities in improving energy efficiency and decreasing emissions. 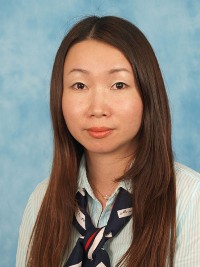 Major news stories about energy and climate change in recent times have mainly focused on the national or global scale. However, cities are likely to play an increasingly significant role in improving energy efficiency and decreasing emissions. To identify the influence of urban form on energy, this research set three research questions: i) What are the key driving forces influencing a shaping urban form? ii) How has the pattern of urbanization and urban density been changing over time in different regions? iii) What is the relationship between urban density, urban residential energy consumption, and income level in select regions?

In a first step, a literature review was carried out to understand i) possible urban patterns and identify the relationship between urban forms and energy use, and ii) policy options for improving the efficiency of urban energy use. In a second step, trends in urbanization patterns and urban density across regions and over time were analyzed. Finally, quantitative analysis, exploring broad trends and relationships, was undertaken to identify how urban population density relates to urban residential final energy consumption, and to investigate the relationship between those two factors and urban income levels.

The initial literature review identified that most previous studies focused on the relationship between urban form and energy demand in the transport sector. In terms of urban scale and land use, the driving forces for increasing energy use explored in the literature include i) travel time budget, ii) income, iii) technologies. In the second stage of the study, quantitative analysis focused on regional urban population growth patterns and identified that most of population growth will occur in the Asian region, specifically in China and India. The urbanization pattern in these regions differs significantly, as much of urban population growth there is in larger cities (more than 10 million) compared to other regions. In the third stage, further analysis suggests that higher population density has accompanied higher income growth in these regions. As a result, growing urban population density has occurred alongside decreasing or relatively unchanging urban residential energy consumption per capita in these countries.

Urban populations in Asia, specifically China and India, are rising significantly. The driving force of new urbanization patterns in these regions is a growing focus on more social activities rather than simple economic activities, which was the case in the past. Growing urban population density in China and India has been accompanied by a transition to the use of more efficient energy technologies and infrastructures, which is in part a result of higher income levels. Therefore, the preliminary findings of this work suggest that higher urban density encourages technological transition and tends to lead to a more energy-efficient urban residential sector in developing regions.

Miho Kamei of the University of Tokyo/National Institute for Environmental Studies, Japan, is a citizen of Japan. She was funded by IIASA’s Japanese National Member Organization and worked in the Energy (ENE) Program during the YSSP.