Moonil Kim of Korea University, Republic of Korea, aimed to improve the existing forest growth model and research algorithms of the G4M model so that it could be adapted to South Korea. 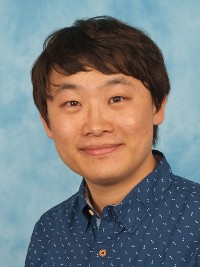 A radial growth model (equation 1) was developed to include topographic and climatic factors. The model was developed using growth data obtained from 43,532 individual trees at 3,357 National Forest Inventory (NFI) plots in South Korea.

Some of the coefficients of tree growth equations in G4M were revised using yield tables produced by the Korea Forest Service. The forest area was also classified using two criteria: radial growth patterns for each tree species and climatic factors.

The growth model developed in this study successfully described the relationship between radial growth patterns of each tree species and climatic factors (Figure d).

The growth model reflects the actual growth distribution of pine trees with a high accuracy and even estimated regions where the growth rate of pine tree is low or there are as yet no pine trees (Figures a, b, c). 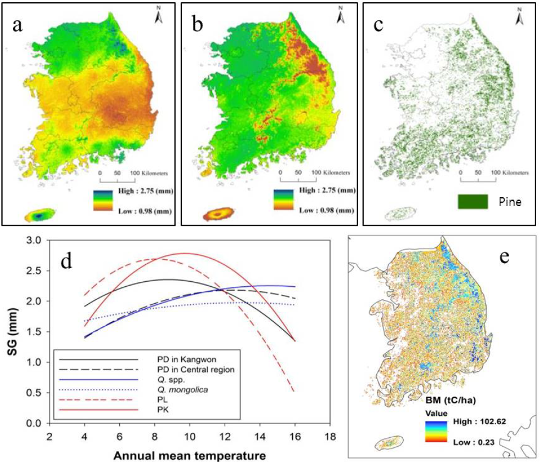 Moonil Kim of Korea University, Republic of Korea, is a citizen of the Republic of Korea. He was funded by IIASA and worked in the Ecosystems Services and Management (ESM) Program during the YSSP.