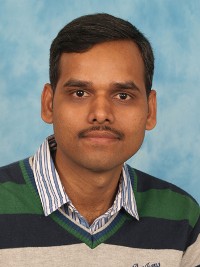 A wide array of studies, mainly on developed countries, has shown intergenerational transmission with respect to reproductive preferences and behaviors. The principle of linked lives [1] states that parental behavior during their children’s life course significantly influences both the desires and behaviors of the children into adulthood. Empirical evidence has confirmed that people learn and incorporate the preferences and behaviors of others. Research on developing countries has shown that living in an extended family is associated with higher fertility [2], but little is known about intergenerational transmission of fertility preferences in such contexts.

The present study is based on primary data collected during mid-2011 from 450 mother-in-law (MIL) /daughter-in-law (Index woman – IW) pairs, co-residing and sharing the same kitchen. The samples were selected from the Saran district of the state of Bihar in the eastern part of India. The desired family size of the IW is a dependent variable in the study and is classified into three categories: low, medium, and high. This variable is derived from the most widely investigated measures of desired family size: the Coombs scale, which is found to produce a more accurate indicator of fertility preferences compared to a single-item measure of ideal family size [3] [4] [5]. Descriptive statistics were used to examine the association between the desired family size of the IW and a set of background characteristics. Ordered logistic regression analysis was used to understand the influence of the older generation’s fertility and preferences on the desired family size of the IW.

Two important conclusions could be drawn based on the findings. First, social pressure has significant influence on the fertility preferences of an individual after accounting for the socioeconomic context. Second, index women with much higher education are more independent in their decision making on childbearing.

Abhishek Kumar of the International Institute for Population Sciences (IIPS), Mumbai, India, is an Indian citizen. He was funded by IIASA’s Indian National Member Organization and worked in the World Population (POP) Program during the YSSP.