Shengfa Li of the Institute of Geographic Sciences and Natural Resources Research, Chinese Academy of Sciences, Beijing, China, estimated the amount of abandoned croplands in 2000-2010 and the future changes expected in China’s mountainous areas. 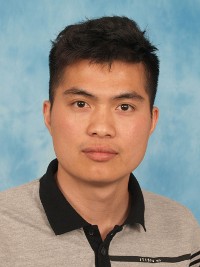 With the wages for migrant workers increasing dramatically in China since 2003, more and more small farmers have been seeking employment in urban areas. As a result, in the plain areas agricultural machinery is being used intensively as a substitute for the shrinking farm labor force. However, this is not really feasible for croplands in the mountainous regions of China, where mechanization is difficult to achieve due to small field size and the rough terrain and this has led to the abandonment of croplands in these regions. Considering that mountainous croplands account for about 25% of total croplands in China, food security in China may be affected in the near future due to the reduction of grain-growing areas because of the massive migration and further decreases in the agricultural labor force that are expected. This study aims to estimate the amount of recently abandoned croplands (for 2000-2010) and what changes can be expected in the future in China’s mountainous areas. The results can contribute to designing better informed agricultural policies in response to the ongoing processes in China of rural-to-urban migration and aging in mountainous rural regions.

We use household data (2003–2010) from the Rural Permanent Observation Sites Survey to construct a panel data model to estimate the cultivated area per laborer in mountainous farmland, then to multiply this value by the reported number of agricultural workers in 2010 in order to obtain the total area of croplands that were actually cultivated in 2010. By subtracting the estimated area of croplands being actually cultivated in 2010 from the total area of croplands reported in 2000, the area of abandoned croplands in mountainous regions of China in 2010 can be obtained. Then, using the PDE model and regression analysis to predict the future rural population and agricultural labor force, we can project the future tendency of cropland abandonment in the mountainous regions of China.

i) The total extent of abandoned croplands in mountainous counties for the period 2000 to 2010 is estimated at 16.3 million ha (244 million mu), which means that in total about 35% of croplands in mountainous counties has been abandoned. This also includes croplands converted under the Grain for Green Programme. ii) The panel data model results revealed that average plot size, agricultural productive fixed assets per household (APFAPH), farm cattle per household, and the multiple crop index have a positive and significant influence on the cultivated area per laborer. iii) The regression analysis of agricultural labor force showed that the agricultural labor force in all provinces (mountainous regions) would decrease at different rates in the future, except in Xinjiang and Hainan provinces. iv) With three scenario assumptions, a sizeable extent of 8.6 to 10.6 million ha (129 to 159 million mu) of croplands may be abandoned during 2010 to 2030. This could exacerbate the future challenges of maintaining China’s food security. v) As variable APFAPH is probably the main factor that could be changed in the future to increase the cropland area per laborer, an increase in investment in agricultural productive fixed assets could help to mitigate the risk of cropland abandonment to some extent.

Shengfa Li of the Institute of Geographic Sciences and Natural Resources Research, Chinese Academy of Sciences, Beijing, China, is a Chinese citizen. He was funded by IIASA’s Chinese National Member Organization and worked in the Water (WAT) Program during the YSSP.