Vulnerability risk index of agricultural production in the Brazilian Semi-Arid

Minella Martins of the Earth System Science Center, National Institute for Space Research- CCST/INPE, Brazil, assessed the vulnerability of agricultural production in the Semi-Arid of Brazil and identified hotspots where public policies could be applied to reduce current and future risks. 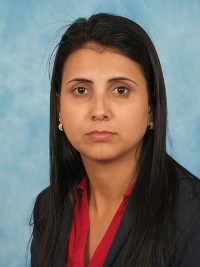 Weather and environmental conditions in semi-arid regions all over the world can seriously affect agricultural production. The Brazilian Semi-Arid region is considered one of the worlds’ most populated semi-arid regions. The rural population is almost 40% of the total population and depends mostly on rain-fed agriculture for its subsistence. Its vulnerability is increased by climatic variability, water deficiency, low adaptation capacity, and poverty. To understand how to increase the resilience and reduce the vulnerability of communities to agricultural production risk, it is necessary to understand what are the main components of crop production vulnerability and which regions are and will be most at risk. The purpose of this study is therefore to assess the vulnerability of agricultural production in the Semi-Arid of Brazil and identify subregions of the Brazilian Semi-Arid (e.g., hotspots), where public policies could be applied to reduce current and future risks.

In this work we look at bean and maize crop yields, the most cultivated crops in the Brazilian Semi-Arid and we assess their vulnerability to environmental (soil, number of days with a water deficit, and precipitation) conditions. The data was provided by official Brazilian institutions such as The Brazilian Institute of Geography and Statistics (IBGE), and the Programa de Monitoramento Climático em Tempo Real da Região Nordeste, (PROCLIMA/INPE). Bivariate and panel regression statistical analyses were applied to assess the components that contribute to vulnerability and could be used as appropriate indicators for each subregion. The data time series used covers 2005 to 2012.

Minella Martins of the Earth System Science Center, National Institute for Space Research- CCST/INPE, Brazil, is a Brazilian citizen. She was funded by IIASA and worked in the Risk, Policy and Vulnerability (RPV) Program during the YSSP.