Madeleine McPherson of the University of Toronto incorporated distinct time scales for the variability of renewable energy resources into the MESSAGE model. 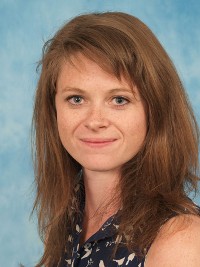 Integrated Assessment Models (IAMs) such as MESSAGE provide a global view of energy supply and demand and its associated greenhouse gas emissions for decades into the future. While this model framework enables long-term, system-level scenario analysis, it lacks temporal and spatial resolution to endogenously simulate the variability of renewable energy resources (VRE). Facilitating VRE integration requires various electricity system services and investments for grid balancing, which should be accounted for in high VRE deployment scenarios. This paper aims to account for these additional VRE integration requirements in MESSAGE by parameterizing three generalized variability time scales. Different storage technologies can facilitate VRE integration at each of these time scales; as such, a detailed representation of storage technologies’ techno-economic characteristics is implemented.

Distinct VRE variability time scales were incorporated into MESSAGE through three constraints: a short-term constraint to represent primary or regulating reserves, a flexibility constraint to represent secondary and tertiary reserves (load following and ramping), and a long-term constraint to represent seasonal variability. Short-term (or operating) reserve requirements are required for inertial response, frequency regulation and control, and fast automatic balancing; flywheel and battery technologies have a fast response time which allows them to balance the short-term variability. Pumped hydro and compressed air energy storage facilities typically have a power and energy capacity commensurate with hourly-daily storage, enabling them to provide load following and ramping services. Finally, electrolysis combined with hydrogen gas storage can store energy over the course of a season to balance long-term renewable resource variability. The impacts of the new variability constraints and storage technology profiles were tested for impacts on VRE deployment, storage deployment, VRE curtailment, and system costs. Finally, scenario analysis explored the impact of storage technology techno-economic sensitivities as well as external factors, such as demand side management, transport-sector developments, and carbon price.

Preliminary results show less overall storage deployment in mitigation (450 ppm) scenarios extending to 2100 as a result of the proposed implementation. This is largely due to disaggregation of low-cost storage technologies with tight potential capacity bounds from the high-cost storage technologies that are eventually deployed. Accounting for this cost-capacity relationship results in higher incremental storage costs by the end of the period. Interestingly, this decrease in storage deployment does not limit VRE deployment, indicating that storage technologies are deployed to provide system flexibility rather than mitigate VRE curtailment. Sensitivities on storage techno-economic assumptions have a large influence on both the timing and quantity of storage and VRE deployment. This analysis points to the importance of treating the unique impact of VRE deployment on the electricity system in IAM scenario analysis that forecast large VRE market penetration.

Madeleine McPherson of the University of Toronto, Canada, is a US citizen. She was funded by IIASA’s US National Member Organization and worked in the Energy (ENE) Program during the YSSP.