Hana Nielsen of the Department of Economic History, Lund University, Sweden, aimed to identify whether the regime change (from market to centrally planned economy) in Czechoslovakia had an impact on the domestic iron and steel industry. 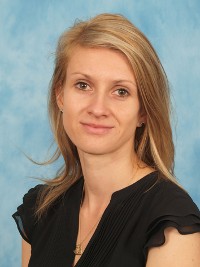 Globally, the iron and steel industry is responsible for a significant share of final energy consumption (19%) and accounts for about 25% of the CO2 emissions in the industrial sector, even despite the significant reductions in energy intensity over the last century [1]. Yet the current growth in industrial energy use in China and other developing countries and the continuously increasing demand for steel accompanying economic development has overshadowed past advancements in efficiency. Understanding the historical processes associated with steel technology diffusion, capacity growth and energy efficiency change provide valuable information for future scenarios. An in-depth analysis of scaling at both industry and unit level is conducted for Czechoslovakia over a 130-year period, compared to other major steel-producing countries, and linked to the available data on energy efficiency of the sector. The major aim is to identify whether the regime change (from market to centrally planned economy) in Czechoslovakia did have an impact on the domestic iron and steel industry by looking into a number of industry indicators across time and space.

To analyze the historical patterns of growth in various steel production technologies, logistic growth functions are fitted for the historical data on industry size and individual furnace size with the help of IIASA’s Logistic Substitution Model 2 software. The adoption path of each steel production technology in the “core” (the early adopters of new technology) and “rim” (follower) countries and Czechoslovakia are then compared. Furthermore, using the logistic fit parameters (saturation level in tons: K, or the “diffusion time” in which the technology increased from 10% to 90% of K) allowed for further comparisons across regions and other non-steel technologies. For the energy efficiency analysis, the Malmquist productivity index was calculated for Czechoslovakia and a panel of eight countries that compared the countries’ energy input and steel output over the past 50 years.

At the industry level, the steel technology diffusion followed a similar pattern to that of the “rim” countries with delayed but faster diffusion of steel technology, with the exception of the basic-oxygen furnace (BOF) process. This is likely due to the technology lock-in in the previously dominant technology, the open-hearth (OH). The pervasive utilization of this 19th century technology (i.e., OH) to meet the growing demands of a centrally planned economy was also seen by the size of the individual furnaces. As other countries were phasing out the OH to adopt modern BOF methods, Czechoslovakia was, in fact, increasing the average capacity of its OH furnaces while continuously improving their efficiency. Consequently, despite the use of this “outdated” technology, the energy productivity of the Czechoslovak steel sector operated at only around 20% below the efficiency frontier and, particularly during 1960-1973, Czechoslovakia was able to move closer to the most efficient steel-producing countries. The results have not identified any major impact of the changing political regime on the iron and steel industry, although some technology lag could, to some extent, be linked to the characteristics of central planning and its extensive growth strategies. Contrary to expectations, the energy efficiency of Czechoslovak steel was comparable to its Western counterparts.

Improving energy efficiency in industry has been identified as one of the “most cost-effective measures to help supply-constrained developing and emerging countries” [1] meet their future material demands. This case study has shown that as Czechoslovakia—despite a certain technological lag—managed to operate at relatively high energy efficiency levels, the potential for developing countries to reduce their industrial energy use does not necessarily require immediate adoption of advanced capital-intensive technologies.

Hana Nielsen of the Department of Economic History, Lund University, Sweden, is a citizen of the Czech Republic. She was funded by IIASA’s Swedish National Member Organization and worked in the Transitions to New Technologies (TNT) Program during the YSSP.