Irene Nilsen of the Department of Geosciences, University of Oslo, Norway, used observations to simulate heat fluxes, establish their variability across extremely dry and wet months, and compared the resulting trend in heat fluxes with temperature and precipitation trends for the same time period. 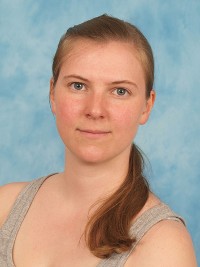 Correct calculation of water fluxes requires correct partitioning of net radiation into sensible and latent heat. Latent heat, LE, is the energy spent on evaporating water, whereas sensible heat, H, is the energy spent on raising the air temperature. The energy balance at the land surface is determined by net surface radiation and latent, sensible, and ground heat fluxes. The Bowen ratio B=H/LE describes the partitioning into latent and sensible heat fluxes. Bowen ratios are generally lower at agricultural and deciduous forest sites, where latent heat dominates over sensible heat, because the evaporation there is high. In this study, we first compare simulated heat fluxes with observations, second establish the variability of heat fluxes across extremely dry and wet months, and third compare the resulting trend in heat fluxes with temperature and precipitation trends for the same time period. We are interested in assessing whether high Bowen ratios accompany dry months and if low Bowen ratios accompany wet months. That would point toward possible feedback mechanisms and thus a need to improve the representation of heat fluxes in current land surface models.

Land surface models (LSMs) are developed to calculate the energy balance as well as the water balance and are suited to calculate partitioning into sensible and latent heat fluxes. Today, output from such models differ greatly from model to model, partly because of uncertainties in the input data and partly because of their parameterizations [1]. In this study, NOAH was run using the HRLDAS Offine 2D driver code [2] for a domain covering Europe. The model is set up with a 9x9 km grid and the model time step is 6 hours. These time steps were averaged to a daily time step before comparison with observations and calculation of distributions. Calculations of extremes, including trends, were done for a monthly time step.

Meteorological fields and soil data from Era-Interim [3] were used to initialize and force the offine model. Data for the time period 1979-2009 was used to force the model. To compare the results, measurements of latent and sensible heat from the FLUXNET network was used. Seventeen stations were selected based on the length of the time series in the free fair-use access dataset. Time series, scatterplots, and distributions were plotted and the non-parametric Kolmogorov-Smirnov test was used to compare how well the distributions were reproduced. The root-mean-square error (RMSE) was calculated to find the spread in simulated minus observed values.

Bowen ratios were calculated for each grid cell by dividing monthly means of sensible heat by latent heat fluxes. We were interested in three cases: dry, wet, and median months. Extreme months were defined from the temporal distribution, and Bowen ratios for months drier than the 20 percentile, wetter than the 80 percentile, and between the 40 and 60 percentile were extracted. To establish the difference between extreme and median months, the difference between the two groups (wet minus median and dry minus median) was calculated for each grid cell.

Irene Nilsen of the Department of Geosciences, University of Oslo, Norway, is a Norwegian citizen. She was funded by IIASA’s Norwegian National Member Organization and worked in the Water (WAT) Program during the YSSP.