Reproductive fitness and differential mortality: The role of social status 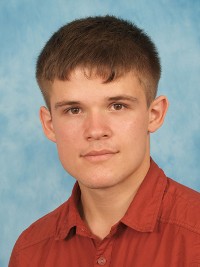 Social status in humans, as opposed to non-human social animals, does not consistently correlate with higher fertility and, in some cases, appears to suppress fertility. This discrepancy has been used by scholars to argue against the use of evolutionary biology to understand human behavior. However, some researchers have argued that social status and its implications for survival during high-mortality events may indicate that status seeking at a cost to immediate fertility may be an optimal strategy over the long term when such events are frequent [1]. Does the potentially greater survival probability due to status imply a greater number of offspring over the long term under climatic or other disasters with high mortality risk? More generally, how may preferences about the number of children and their social status influence the long-term number of offspring in different environmental situations?

We addressed these questions by developing and investigating a theoretical model of overlapping generations in which each generation makes decisions with respect to their own consumption, the number of children they have, and the children’s education, as well as what bequest to leave to them. We assume that the social status of an individual is defined by her income and education. Each generation faces the dilemma between allocating resources to rearing more children or to increasing the social status of fewer children. The latter solution might be a preferred option, as higher education pays off largely in terms of income. Moreover, as higher social status provides better survival opportunities, in the presence of high-mortality events (such as natural disasters or epidemic), investment in education may pay off even more.

We analyze the optimal strategies of families with different preferences toward social status under different economic and social constraints. First, we show that the model yields qualitatively different optimal strategies if the gap between a minimal and a maximal wages is low and if it is high. In the former case, the optimal strategy would be to have as many children as the family wealth allows, given the rearing costs, and sacrificing their education. In the latter case, however, the opposite is optimal: a family ensures maximal education for children and thus has fewer offspring. These optimal strategies also remain the same for small-magnitude mortalities; however, if more severe conditions prevail, it becomes optimal to prioritize allocation in social status independently from economic conditions (the wage gap).

Sergey Orlov of Lomonosov Moscow State University, Russian Federation, is a Russian citizen. He was funded by IIASA’s Russian National Member Organization and worked in the Advanced Systems Analysis (ASA) Program during the YSSP.