Piera Patrizio of the University of Udine, Italy, developed a biogas supply chain model to identify the optimal location for installation of new biogas plants and their most ecological and profitable technology and capacity options. 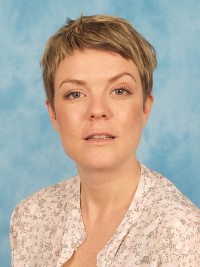 In December 2013 the Italian Ministry for Economic Development started a long-awaited incentive program for biomethane grid injection and biomethane for transportation, which opens up new opportunities for alternative applications of biogas. Because of the complexity of the biogas supply chain and the wide range of feasible biogas options, identifying the most suitable alternatives in terms of economic and environmental performance is becoming increasingly difficult. Biomass feedstock is a scarce resource, and not only the profitability, but also the environmental and social impacts of biogas projects, are affected by interdependent decision making on technology, location, and capacity. This project deals with the alternative uses of biogas while taking a supply-chain-oriented, spatially explicit approach. Its goal is to determine the optimal feedstock mix to be supplied to the plant and to design the structure of the direct and reverse supply chains required.

For research purposes, the optimization model BeWhere was adapted to biogas technology by considering different technological and economic indicators within the supply chain and by creating an extensive database related to feedstock characterizations and availability. Three different final utilizations, such as combined heat and power (CHP), biomethane grid injection, and biomethane for transportation were analyzed; the application of the model to the North Italian Scenario was allowed so as to directly connect the biogas production potentials with actual heat, power, and fuel demands at a local scale. A reference scenario accounts for the economic and environmental performance of the supply chain, taking into consideration existing infrastructures like district heating for heating supply, natural gas grid, and existing refueling stations for biomethane injection and vehicle fuel utilization. To account for further development of those technologies, three scenarios were subsequently developed, in which each option is individually promoted through the introduction of a range of policy incentives.

In the reference scenario the CHP technology turns out to be the most selected option, primarily because of the low environmental impact of its supply chain, as no transportation activity is required for byproducts. Several upgrading plants are feasible for compressed natural gas production and delivery, mostly in areas where the demand for such fuel is higher, while the injection option is always rejected. Comparing suggested plant locations with potentials and with constraint and demand data, it was found that most of the plants are installed in those municipalities where potentials reach the highest levels, thus reducing logistical costs and direct emissions. For each of the options analyzed in the remaining scenarios, the sizes and characterization of new plants vary according to the economic condition introduced into the model. The optimal solution is thus extremely sensitive to market prices, of which both sales and incentive proceeds are a function; it is also sensitive to economic constraints such as different carbon pricelevels.

Piera Patrizio of the University of Udine, Italy, is an Italian citizen. She raised non-IIASA funding and worked in the Ecosystems Services and Management (ESM) Program during the YSSP.