Biomass deployment strategies for the transition to a bio-based economy

Fabian Schipfer of the Vienna University of Technology/Energy Economics Group, Austria, drew up scenarios aimed at developing strategies for the integration and extension of an industry based on renewable resources. 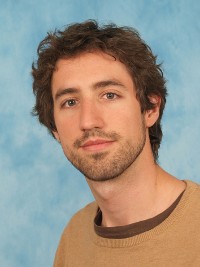 The knowledge-driven functionalization of biomass can help diversify product portfolios for application in the areas of alimentation, material, and energy. It thus has the potential to enhance robustness of the systems to which it is applied. To help outline strategies for the integration and extension of an industry based on renewable resources, it is helpful to draw up scenarios depicting possible relevant developments and to discuss these with respect to the boundaries of the systems affected.

We focused on the substitution of existing fossil-based product flows for material applications in line with the concept of diversifying fossil fuel product portfolios with energy from renewables. Substitution pairs for the introduction of biomaterials were determined and investigated with regard to current capacities for their traditional counterparts. These pairs were further disaggregated taking into account historic trends and future developments described in the literature. Consistent storylines were discussed and used to produce scenarios for the EU28 at a member state level for the time frame 2000-2050. Overall, the format of the results was chosen to enable direct integration into the GLOBIOM model and thereby simplify further discussions.

Several substitution pairs where identified. Pairs for which information on historical trend and/or future pathways was found were selected for the scenario development. The 2013 reference scenario of the PRIMES-model [1] and statistical data from OECD iLibrary [2] were used to project the fossil-based counterpart. Three storylines for the bio-based part were discussed. The highest theoretical potentials were found to be in the substitution of vinyl polymers, polyamides, synthetic rubbers, and asphalt, while the most likely relevance was found to be in the substitution of polyester, lubricants, and surfactants. Conversion factors for production based on 11 feedstocks that can be modeled in the GLOBIOM framework were also acquired. Application of these factors identified the major role of wood. It was also found that palm oil and starch from potatoes can become an important resource for the production of biomaterials if production capacities for biomaterials increase.

The approach used and scenarios derived are capable of addressing the main structure, its potential, and the boundaries of a potential future market, in this case for the diffusion of selected biomaterials. The scenarios can and should use additional existing and/or future biomass applications and feedstocks that allow representation of, for example, cascaded use. However, as the material application of biomass can be based on the same objectives as bioenergy deployment, an integrated knowledge-driven discussion for these sectors is recommended; this would not only assist but also incorporate, food and feed deployment. It should be noted that although structural changes in overall demand patterns could have impacts on the affected systems that are similar to the substitution of demanded products, they are not addressed in this work.

Fabian Schipfer of the Vienna University of Technology/Energy Economics Group, Austria, is an Austrian citizen. He was funded by IIASA’s Austrian National Member Organization and worked in the Ecosystems Services and Management (ESM) Program during the YSSP.