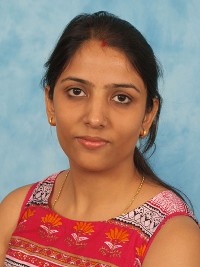 Life expectancy (LE) is an indicator of individual survival that represents both the progress and gaps in overall population and societal health. Evidence from a range of work on demographic and gerontology suggests that there has been an improvement in LE over past few decades across the globe due to progress in medical science, technology, food supply, and healthy behaviors. These improvements starkly vary both among and within countries. Increasing life expectancy and declining fertility have resulted in population aging in both the developed and developing world. However, there is a lack of scientific evidence with respect to how these improvements in life expectancy relate to the personal desire or preference of an individual (particularly elderly women) to live in developing societies. This study aims to examine the association between preferred life expectancy (PLE)—how long people want to live—and its selected socioeconomic, demographic, social support, and self-rated health status characteristics in the low resource setting of rural India.

Data for the study came from a field-based primary household survey of 300 elderly women (60 years and above) from four villages of the Deoria district in the eastern part of Uttar Pradesh in India. A mixed method approach was used to collect both quantitative and qualitative information to explore the gender dimensions of aging, particularly preferred life expectancy, financial dependency, perceived health status, economic and social support networks, involvement in community life, etc. Cross tabulations, chi-square test, and nested ordered logistic regression models were used in the analyses.

Data suggest that the mean preferred life expectancy of elderly women was relatively low (5.42 years; CI: 4.96, 5.88). There were significant differences in PLE across demographic and socioeconomic characteristics, as elderly women reported lower PLE with increasing age, deprived social caste groups, widowhood, economic dependency, lack of time and support from children, lack of safety in community/society, and poor self-rated health. In addition, the adjusted results from ordered logistic model confirms a statistically significant and negative influence among elderly women on PLE of the following: age, being from deprived social caste groups, lack of support and time from children, lack of safety in community/society, and poor self-rated health. Findings from this study may address issues related to the ongoing debate on the extent to which efforts of improving life expectancy per se are really sufficient. It also throws some light on the comparative advantage/disadvantages of economic support vis-à-vis social support influencing the PLE of elderly women. Results may help to address emerging issues in the field of active and healthy population aging, and to understand the circumstances that shaped these notions and expectations on the part of elderly women.

Niharika Tripathi of the International Institute for Population Sciences, Mumbai, India, is an Indian citizen. She was funded by IIASA’s Indian National Member Organization and worked in the World Population (POP) Program during the YSSP.