Haochen Wang of the Institute of Population Research, Peking University, China, projected how human capital will change in Beijing to 2050 from the education and health perspectives in different policy scenarios. 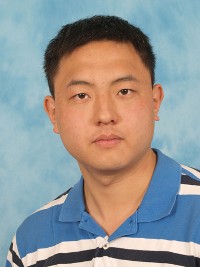 Education and health are both components of human capital. Beijing, as the capital of China, has the best education levels in China, as well as the highest level of population health with the lowest fertility rate (TFR). However, because of the large population of residents and immigrants, the air pollution in Beijing is holding back the human capital development of both groups. The intention of this study is to project how human capital will change in Beijing to 2050 from the education and health perspectives in different policy scenarios.

How could the natural growth of Beijing, namely, its fertility and mortality, change based on present behavioral and policy trends? How will migration be affected by industrial adjustments intended to alleviate air pollution? Using a projection model, we asked how might air pollution affect human capital, especially health, and, vice versa, how the effects of population change might affect air pollution.

The methodology used for projecting change in natural growth was a multi-state population projection model developed by IIASA. Based on data from the 6th Census and on the Beijing government’s air pollution control plan, scenarios were set up to project the association between migration and industrial adjustment. A model will be used to compute the impact of air pollution on health and mortality [1] [2].

Due to changes in family planning policy, the number of children increased, while under the same migration conditions, the aging rate decreased from 32.39% of the base scenario to 28.51%; the population increased from 31.32 million to 35.59 million in 2050. For mortality, with the strictest air pollution control policy, life expectancy (LE) is extended by 3.5 and 4.5 years for males and females, respectively. Adjusting industrial structure may make lower-educated people leave Beijing and higher-educated people move to the capital. The total number of migrants during the 40-year period studied were 4 million and 7 million fewer in the medium- and low-pollution scenarios than in the baseline scenario. In terms of air pollution control, migration administration, and birth control policy, the scenario of low pollution and high fertility is seen as the best one. The projected population in 2050 is 29.77 million under the government’s plan. Of these, 40.43% will have a bachelor’s degree or above. The aging rate will be 33.57%.

Beijing is far more developed than nearby cities or provinces. As the market is not good at coordinating population and air pollution control, policy plays an important role. With changes in birth control policies and industrial adjustments to mitigate air pollution, the total fertility rate will climb and the mortality rate will fall. There will be fewer immigrants but with a higher education level. Human capital in Beijing will improve and a smaller population cannot help but improve the air quality.

Haochen Wang of the Institute of Population Research, Peking University, China, is a Chinese citizen. He was funded by IIASA’s Chinese National Member Organization and worked in the World Population (POP) Program during the YSSP.