Jie Zhang, of the Department of Geographical Sciences, University of Maryland, USA, examined the sensitivity of different MODIS-derived indicators for agricultural drought and investigated their effectiveness agricultural drought monitoring during the growing season on the Southern Great Plains of the USA. 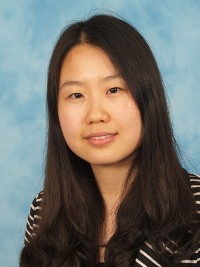 Within a changing climate and given the frequent occurrences of extreme weather events, the issue of global drought is drawing increasing attention from governments, scientists, and the public. Currently, more than half of the land surface is susceptible to drought, and the world suffers from a total loss of about US$6-8 billion due to drought each year. Agriculture is the major sector affected by drought. Although agricultural production has been rising in the past years, agricultural drought constitutes the primary cause of crop loss. Satellite-based Earth observation has proven its potential for near real-time drought monitoring and early warning. However, most current remotely sensed drought-monitoring methods are generic and not agriculture-specific. Compared with other ecosystems, agriculture distinguishes itself due to its relatively shorter, as well as its quickly changing phenology and intensive human management. Thus, the performances of these indicators specifically for agricultural drought monitoring, in terms of both responsiveness and effectiveness, are still not clear. The Southern Great Plains (Kansas, Oklahoma, and Nebraska) account for almost 40% of US domestic winter wheat production, and the recent droughts place a continuous stress on local agricultural production, highlighting the importance of drought monitoring in these wheat-producing regions. Focusing on the Southern Great Plains, this study aims to examine the sensitivity of different MODIS-derived indicators for agricultural drought and investigate the effectiveness of these indicators for agricultural drought monitoring during the growing season.

Insufficient moisture limits the available water that vegetation can take up and consequently leads to wilting, which can be detected from satellite observations. Thus, the remotely sensed vegetation status, such as the normalized difference vegetation index (NDVI), land surface temperature (LST), and evapotranspiration (ET), is extensively used for deriving drought indicators. In this study, these remotely sensed indicators based on vegetation condition, LST, and ET were first calculated from time-series MODIS products (2000-2013, MOD09/MOD12/MOD16) at 8-day intervals. Next, the indicators for soil moisture stations were extracted for corresponding time periods of in situ soil moisture measurements. Then, for each station, the lagged correlation between surface soil moisture and remotely sensed indicators was conducted using all available data for the entire year to show the general sensitivities; and also specifically for winter wheat stations, similar work was carried out for each 8-day period during the main winter wheat growing season (March-June, from green-up to harvest). The highest correlation, as well as the time lag with the highest correlation achieved, were identified for each station to indicate both the ability to respond and the response time of these indicators to agricultural drought and also compared among different stations to show the potential spatial variability.

i) LST- and ET-based drought indicators show similar performances for drought monitoring. LST- and ET-derived indicators are quite sensitive to drought, showing immediate response after the drought occurs; for NDVI derived indicators, there is no consistent drought response time, generally varying from 1 to 4 weeks. ii) Within each type of drought indicators, the standardized and normalized indicators show similar and slightly better performance than conditioned indicators, and all three types of drought indicator are better correlated with soil moisture for winter wheat and grass compared with forest. iii) During the winter wheat growing season, LST and ET have more consistent response across space and better performance during the early and late growing season, while the NDVI derived indicators shows more consistent and better performance from the middle growing season. iv) Compared to Kansas and Nebraska, Oklahoma has more consistent spatial patterns of both response time and effectiveness, possibly due to the more systematic in situ measurements and homogeneity within the state. Further work is required to address this spatial variability in the future.

Jie Zhang, of the Department of Geographical Sciences, University of Maryland, USA, is a Chinese citizen. She was funded by IIASA’s US National Member Organization and worked in the Ecosystems Services and Management (ESM) Program during the YSSP.