Wei Liu is working with the Risk, Policy and Vulnerability Program on human-environment relationships. He is studying the specific case of the Wolong Nature Reserve in Sichuan Province, China, where in May 2008 the local community’s economic, energy, and land use/cover transitions were devastated by a megadisaster, the 7.9 Mw Wenchuan earthquake, which caused massive damage and mortalities. 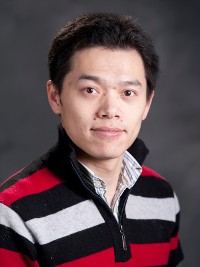 Transitions in complex social-ecological systems (SESs) are intermediate phases between two successive and more stable periods or states and involve various societal, ecological, and biophysical changes that are often non-linear and interrelated. Understanding transitions is challenging but important for guiding and shaping SESs to achieve environmental sustainability and improve human wellbeing. Natural disasters, especially the low-probability, high-consequence ones, can significantly alter the transition trajectories of SESs and jeopardize their long-term sustainability and resilience. There are very few empirical studies on this important topic, mainly because of the lack of long-term predisaster information and data.

Taking advantage of a long-term research program on human-environment relationships in the Wolong Nature Reserve, China, since the late 1990s, I studied how the local community’s economic, energy, and land use/cover transitions were changed by a megadisaster, the 7.9 Mw Wenchuan earthquake, which struck the area on 12 May 2008 and caused massive damage and mortalities. Based on detailed household survey data over a nine-year period before the earthquake as well as one several years after it, a series of surrogates on livelihood assets (i.e., natural, human, social, physical, and financial capitals) at both household and community scales were developed. Household and community resilience/vulnerability and their dynamics were assessed and investigated in relation to levels of various capital stocks and their changes over time.

At community level all capital stocks shrank substantially immediately after the earthquake (Figure 1). Capital recovery took place at differing paces. While human, financial, and physical capital generally increased during the reconstruction period, natural capital did not increase much because of recurrent flash floods, debris flow, and landslides after the earthquake; social capital actually dwindled, mainly because of the increasing antagonism between the community and local government and also within the community itself. Across the community, households had various recovery trajectories, which can be largely explained by the heterogeneity of livelihood assets before the earthquake. 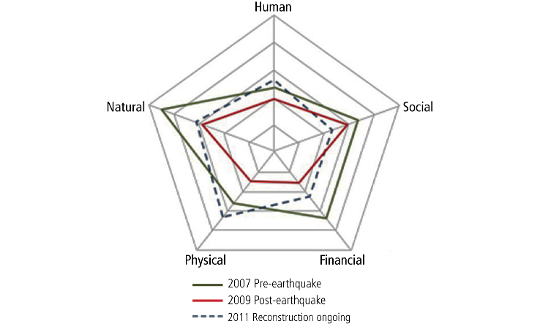 Figure 1. At community level all capital stocks shrank substantially immediately after the earthquake (click on image to enlarge).

Heterogeneity is key to understanding the impacts of disasters on social-ecological transitions at household, community, and even higher scales. This long-term and intensive research not only has direct implications for building disaster resilience and supporting sustainability transitions in developing countries, but also increases our general understanding of the complexity of socio-ecological systems, such as their non-linearity and path-dependent characteristics.

Wei Liu is a Chinese citizen and was an IIASA-funded Postdoctoral Scholar (Oct 2012 - Oct 2014). He is now a Research Scholar in the Risk, Policy and Vulnerability Program.