Matthias Wildemeersch is working in the Advanced Systems Analysis and Ecosystems Services and Management Program on the dynamical behavior of large-scale networks with the aim of strategies to improve network robustness. 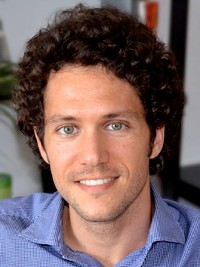 Diffusion processes are able to describe many dynamic network phenomena, such as the spread of epidemics within a population, communication between organisms, and opinion diffusion in social networks. Yet, current models are not able to capture external excitation in large networks, which is relevant to realistically predicting consensus behavior in large populations.

Extending results from spectral graph theory, we characterize diffusion of beliefs by means of a probabilistic model in terms of stability of the network flows, speed of propagation, and resilience with respect to external disturbances.

The model developed illustrates that traditional system dynamics can be extended to capture network effects. The probabilistic framework allows us to analyze the ability of an external source to prevent consensus or to modify the dominant directions of the opinion diffusion. Future work will study networks with partial information and extend the current results to large random networks.

Insect outbreaks can have catastrophic effects on forest health. In addition, these outbreaks can be related to the intensification of forest fires which result in considerable economic losses. There is historical evidence that alterations in precipitation and temperature patterns related to climate change can intensify the occurrence of outbreak events. We aimed to develop an analytical model and enhance the understanding of outbreak events on multiple spatial scales, from the forest stand to large geographical areas.

Many complex systems exhibit critical transitions where a network moves suddenly from being a seemingly stable network state to another state. A spatial, multi-layered network approach is necessary to represent spreading effects on different spatial scales. Building on percolation theory and epidemic models, we develop an analytical model to explain the occurrence of critical transitions, taking into account the interactions and feedback between the local and regional scales.

Matthias Wildemeersch is a Belgian citizen, and an IIASA-funded Postdoctoral Scholar (Nov 2014 – Nov 2016).