Gbenga Abiodun of the University of the Western Cape, South Africa, studied the impacts of temperature and rainfall on malaria incidence in sub-Saharan Africa. 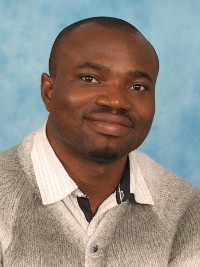 Every year malaria infects around 200 million people and kills over one million, most of whom are children and almost 90% of whom live in sub-Saharan Africa. As mosquitoes thrive in a warm moist environment, there is enormous concern that projected global warming coupled with ecological factors may make malaria parasites spread over more provinces in South Africa, or across Africa in general, thereby exposing more of the population to malaria. This study will consider the impacts of temperature and rainfall on malaria incidence.

In this study, a mathematical model to study the population dynamics of the mosquito is developed. The model with its six compartments accounts for impacts of climate (rainfall and temperature) on both aquatic and adult stage of three major Anopheles species responsible for malaria transmission in tropical Africa: A. gambiae, A. arabiensis, and A. funestus. The model also examines the impact of temperature on the gonotrophic and sporogonic cycle, and the mosquito biting rate is also simulated over South Africa for the year 2002 [1] [2].

The population density of each of the classes shows an increase and decrease along with rainfall and temperature in KwaZulu Natal province over 3 years (2002–2005). The simulated mosquito biting rate over South Africa also reveals that the biting rate is very high between December and February (summer), moderate between March and May (fall), very low between June and August (winter), and increasing again between September and November (spring). 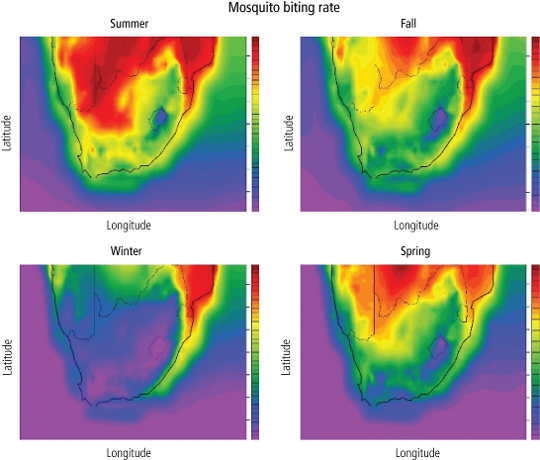 Figure 1. Mosquito biting rate in KwaZulu Natal. Left to right—Summer, fall, winter, and spring (click on the image to enlarge).

Gbenga Abiodun of the University of the Western Cape, South Africa, is a citizen of Nigeria. He was funded by IIASA’s South African National Member Organization and worked in the Evolution and Ecology Program (EEP) during the YSSP.