Impact of shocks on the global seafood trade network

Jessica Gephart of the University of Virginia, USA, investigated how the global seafood trade network responds to environmental and policy perturbations. 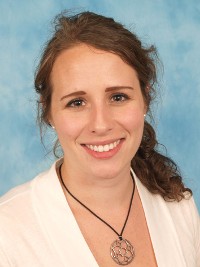 Global trade can allow countries to overcome regional shocks to food supply, but reliance on international food trade exposes a country to higher risks of being impacted by external perturbations. Countries which are nutritionally or economically dependent on international trade of a commodity may therefore be adversely impacted by such perturbations [1]. This project investigates how the global seafood trade network responds to environmental and policy perturbations from two angles: first, by studying how negative local impacts such as the collapse of a regional fishery propagate through the trade network; and second, by evaluating how trade flows are redistributed under shock scenarios using an economic model. The implications for food security will be examined by comparing changes in national fish supplies to indices of each country’s economic and nutritional fish dependency.

The global seafood trade network was reconstructed from the United Nations Comtrade database [2]. A simple model was developed where shocks are propagated through the network as a function of the original trade flows. The propagation of the shocks is assumed to occur on a relatively short time scale so that fishery production is fixed. The degree and location of shocks were varied, and resulting impacts on fish supplies were summarized to evaluate the vulnerability to external shocks within the network. These results were then compared to economic and nutritional dependency on fisheries, computed using data from the Food and Agriculture Organization of the United Nations.

The preliminary results from the simple spread model, which does not include GDP, show the largest percentage of the shock ending up in southern and western Europe and Central Africa. These same regions also tend to experience the largest per capita decreases in fish supply under the shock scenarios. When individuals in the network attenuate part of the shock at each time step, the decreases in fish supply are more spread out among the regions, with the largest importers in the network absorbing a larger share of the shock. With this simple spread model, there were no regions with both a relatively high vulnerability to fishery shocks and a high dependency on fisheries. This does not mean that the impacts in absolute terms do not have adverse impacts. These results may change when GDP is incorporated and when the model is implemented with country-level data.

As the food system becomes increasingly globalized, a better understanding of the food security benefits and risks is needed. This study provides a first step toward quantifying regional vulnerabilities to perturbations within the global seafood trade network.

Jessica Gephart of the University of Virginia, USA, is a US citizen. She was funded by IIASA’s US National Member Organization and worked in the Evolution and Ecology Program (EEP) during the YSSP.