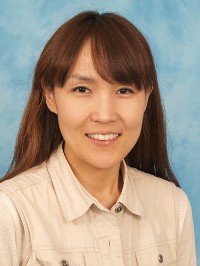 Special attention is needed to air pollution in and near megacities because of their high population density and associated impacts. Korea has ambitiously put in place the second phase (2014-2015) of an air quality improvement program for the capital and surrounding areas: the Seoul Metropolitan Area (SMA) Air Quality Management Plan (SAQMP). The air quality improvement targets for 2024 are 30 μg/m3 and 20 μg/m3 for PM10 and PM2.5, respectively; thus, emissions of PM10 and PM2.5 need to be decreased by up to 35% and 45%, respectively, from their future baseline level. This research investigated the effectiveness of the SAQMP using the GAINS-Korea framework which is under development at IIASA. The analysis includes various special measures, such as cap and trade and the Euro air quality standards programs, which have been implemented to control emissions over the Seoul metropolitan area.

GAINS-Korea has been developed using GAINS modeling framework which is widely used to design and manage smart emission control strategies able to achieve air quality/climate improvements at least cost. To assess the effectiveness of the SAQMP policy measures, four different control scenarios were analyzed, as follows:

Sce1, NFC2010: No further control after year 2010. All controls will be phased out as their life time is reached.

Sce2, CLE2010: Maintain 2010 level of control until 2025. No more control policies/devices will be introduced.

The GAINS model can assess the impact of emission reductions of sources on air quality in receptor regions based on the Source-Receptor (S-R) matrix, derived from a chemical transport model. To develop the S-R matrix for GAINS-Korea, the CAMx model with PSAT/OSAT tools was applied in this study for January 2005.