A model of size-structured population with asymmetric competition for resource: A case study of forests

Askhad Panesh of the Adyghe State University, Russian Federation, looked at how the physiological state of individuals affects the dynamics of the population of which it is part. 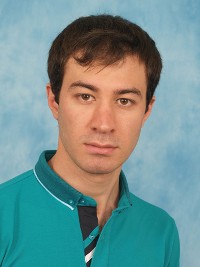 One way of studying the dynamic of biology species is to use structured models [1]. In these models, studying one or more variables of individuals, like age and size, can show how the physiological state of individuals affects the dynamics of the population. At the same time, the evolution of the population is determined by so-called vital functions, like mortality, reproduction, and growth rates. These functions depend on the functional that is used to describe the competition among individuals. This determines the adaptation of the model to the real behavior of the species. In many cases, size of individuals has more influence on the evolution of the population than age. The ability of individuals to survive and reproduce depends on size, which gave rise to the concept of size-structured mathematical models. Based on the well-known equation in [1] for age-structured populations, the dynamics of the size-structured population can be described by the partial differential equation discussed in [2].

The main object of our analysis of a size-structured population is forests. We assume that a diameter-distributed forest is fully characterized by the total number of trees and the distribution of their diameters, and that each tree is influenced by other trees through competition for light. The competition affects vital functions and is measured by the total crown projection area of the trees. It is asymmetric, namely, the higher trees shade shorter ones and deprive them of part of the light available from the sun. Competition for growth does not increase the growth and birth rates or decrease the mortality rate. It is also assumed that the influence of this growth has more effect on smaller-sized than on larger-sized individuals. Growth and mortality rates functions are calibrated using data tables for pine stands, and birth rate is proportional to the projection of the crown area. We show that for any nontrivial initial data, the solutions converge to a steady state for any given exploitation intensity.

We analyzed, from a numerical point of view, some properties in the evolution of a population of size-structured forest. We use a numerical algorithm to study the dynamics of a population that uses the idea of fixed point. With this technique we find the stationary solution of the model and study the behavior of the population in order to evaluate the values and deficiencies of the proposed model.

We developed a numerical algorithm to find the stationary solution of size-structured model. The algorithm was applied to the pine stand.

Askhad Panesh of the Adyghe State University, Russian Federation, is a Russian citizen. He was funded by the Petr Aven Fellowship and worked in the Advanced Systems Analysis (ASA) Program during the YSSP.