Signatures of speciation: From theoretical mechanisms to observable patterns 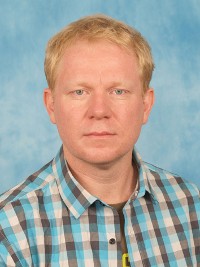 Every living organism contains a unique set of biological information in its genome—genetic patterns resulting from ever ongoing evolutionary processes. These processes are affected by the ecological and biogeographical backdrop experienced by each individual, processes that ultimately might lead to speciation. Although evolution has been studied extensively both from an eco-evolutionary and a genetic point of view, no theoretical attempt has been made to combine these two factors in a spatially structured system. Here, such a model is proposed with the goal of understanding how genetic signals differ between speciation scenarios. These findings are compared with genetic data from a system of endemic finch species in the Nesospiza genus on the isolated Tristan de Cunha archipelago. The goal is to disentangle and backtrack the evolutionary history of the finch species from the genetic patterns [1].

The individual-based, discrete time model describes the genotypic and phenotypic evolutionary dynamics of sexually reproducing populations in a spatially explicit setting (with two habitats, each habitat containing two resources). Each individual can migrate between the habitats. The phenotype, consisting of one ecological trait and one mating trait, is determined by the individual’s genome, allowing for dominance as well as epistatic effects. The ecological trait affects local resource utilization, and the mating trait regulates the degree of choosiness when mating. During the speciation process, ecological, spatial, and mating differentiation (reproductive isolation) will evolve at different rates and to different degrees depending on factors such as geographic speciation mode and mating preferences [2]. To study the genetic patterns, pairwise FST is used to measure differentiation between and π, nucleotide diversity, to measure variation within populations. These measures are compared for selected and neutral traits. By varying the ecological settings, comparisons can be made between the eco-evolutionary processes and the emerging genetic patterns.

The main overarching result is that the eco-evolutionary pathways and the genetic patterns are indeed interconnected. Every speciation mode will give rise to a specific genetic “fingerprint.” More specifically, it shows that it should be possible, in principle, to deduce the underlying eco-evolutionary processes between populations with similar ecological endpoints by analyzing the genetic imprint—the genome itself contains information about the path taken. Even if some general patterns can be found in these preliminary results, in order to fully understand how to deduce process from pattern, extensive statistical analyses have to be done for different settings. To test these predictions, the theoretical results can be compared to the Nesospiza data set.

Gaining a theoretical understanding of the connections between eco-evolutionary dynamics and resulting genetic structure is of fundamental importance for interpreting speciation processes. The project will shed light on conditions promoting the formation of biodiversity and, from a conservation biology point of view, the maintenance of evolutionary processes. Understanding the mechanisms underlying the origin of extant species, as well as their recent evolutionary history, may be of paramount importance for their future persistence and the efficiency of species management.

Jesper Sörensson of Lund University, Sweden, is a Swedish citizen. He was funded by IIASA’s Swedish National Member Organization and worked in the Evolution and Ecology Program (EEP) during the YSSP.