Floor Soudijn of the University of Amsterdam/Institute, Netherlands, examined predator-prey interactions to elucidate how the fishing of cod and sprat affects the Baltic Sea ecosystem. 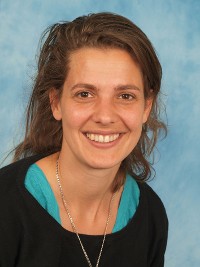 The fishing industry prefers to target large predatory fish, such as cod, as these often are the most profitable. These predatory fish depend on smaller fish, such as sprat, for their survival and growth. Typically, these prey fish are also subject to fishing. Even though it has become widely recognized that fisheries management should account for trophic interactions and multiple impacts in fishery systems [1], fisheries advice still mainly relies on classic, single-species maximum sustainable yield analysis. It is proving difficult to operationalize a multi-species approach, as classic fisheries models are missing some essential biological mechanisms and lack the power to handle this kind of complexity [2]. This hinders the reliability of predictions of the effects of fishing and the establishment of optimal exploitation targets in systems of interrelated stocks. Thus, to account for feedbacks between a predator and its prey, growth and reproduction need to be analyzed as the food-dependent processes that they are. Furthermore, seasonal rhythms, especially in the reproductive output of fish stocks, need to be taken into account, as seasonal variation in prey availability strongly affects the predator, feeding back on the prey. The aim of this project is to examine these two extensions to elucidate how the fishing of cod and sprat affects the Baltic Sea ecosystem.

To analyze the effect of fishing on both Baltic cod and sprat, I use an extended version of the stage-structured biomass model for the cod-sprat interaction in the Baltic Sea developed by [3]. My model incorporates food-dependent growth and maturation and food-dependent seasonal reproduction. The size-based predatory interactions between cod and sprat and fisheries scenarios were derived from field and fisheries data from the Baltic Sea.

Floor Soudijn of the University of Amsterdam/Institute, Netherlands, is a citizen of the Netherlands. She was funded by IIASA’s National Member Organization for the Netherlands and worked in the Evolution and Ecology Program (EEP) during the YSSP.