The negative emissions research of the Ecosystems Services and Management (ESM) Policy and Science Interface (PSI) group was further developed building on several past collaborations and previous biomass and carbon capture and storage (BECCS) workshops at IIASA, in Indonesia, Brazil, and Tokyo. 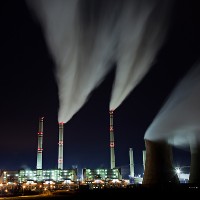 A BECCS workshop/session was co-organized and carried out in the framework of the 4th International Conference on Biomass Energy Technologies and the 8th World Bioenergy Symposium on 17-19 October 2014 in Changsha, China. A UN Development Programme policy recommendation paper is being prepared as one outcome of the workshop.

A direct outcome of the Global Carbon Project (GCP) Negative Emissions meeting in Japan (December 2013) was a 2014 initiative “Managing Global Negative Emissions Technologies” (MaGNET) was initiated. PSI is contributing substantially to its design.

PSI is co-authoring a concept paper on further research to address the existing uncertainties with negative emissions, published in Nature Climate Change in 2014 [1]. The article concluded that the needed development of consistent negative emissions narratives should not necessarily be seen as a call for large-scale BECCS deployment, but a call to carefully and quickly assess all dimensions of its use for climate stabilization. The top priority should be to determine how safe it is to bet on negative emissions in the second half of this century to avoid dangerous climate change [1] (see Figure 1).

BECCS research was also extended to East Asia, and a national study based on an assessment with the PSI Model BeWhere was carried out. The paper has been presented at the 6th International Conference on applied Energy – ICAE2014 [2]. The article concludes that by further developing the renewable energy pathway, Japan could substantially add to a more resilient and domestic resources-based energy sector. There is limited potential for direct negative emissions from bioenergy, but some of the coastal regions appear suitable for carbon storage. A higher potential could be achieved through off-shore carbon storage and enhanced cross-border collaboration, for example, with South Korea (Figure 2).