In cooperation with its National Member Organizations of Indonesia, Vietnam, and Malaysia, the Ecosystems Services and Management (ESM) Policy and Science Interface (PSI) research group co-hosted a session on applied systems analysis as part of the ninth ASEAN Science and Technology Week (ASTW) in Bogor, Indonesia. 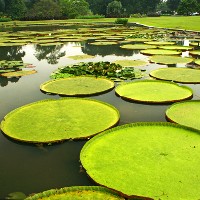 The ASTW, to which IIASA has been providing information based on its expertise in systems analysis, was followed by a series of visits by IIASA scientists to ministries and the Indonesian REDD+ Agency. Further training activities and the joint development of IIASA’s Tropical Futures Initiative beyond the forest issue (i.e., energy, food security, water nexus) were discussed and outlined.