The Mitigation of Air Pollution and Greenhouse Gases (MAG) Program continued to provide policy analyses in 2014 for a number of international bodies, including European institutions, United Nations and other international organizations. 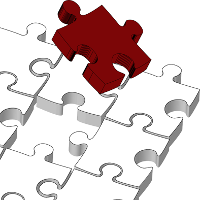 In 2014 MAG continued its policy analyses for the clean air policy package of the European Union. After the presentation of the package in 2013, the European Council started its deliberation of the proposal with an in-depth technical analysis of the Greenhouse Gas and Air Pollution Interactions and Synergies (GAINS) scenario calculations of the Commission proposal. To incorporate new information from Member States, MAG conducted a series of bilateral consultations on the GAINS input data with experts from all 28 Member States. Three reports with updated analyses have been presented to the Working Party on Environment of the European Council (Reports 12-15 of the Thematic Strategy on Air Pollution).

MAG continued close collaboration with the Climate and Clean Air Coalition (CCAC), whose objective is to promote implementation of the 16 win-win measures identified by GAINS to improve human health and crop yields and reduce the rate of temperature increase. Markus Amann was appointed as a Member of the CCAC Science Advisory Panel, and participated in this function at the meeting of the CCAC Working Groups in Paris. In addition, MAG was requested to contribute to the forthcoming CCAC regional analysis for Latin America.

MAG continued its services to the Convention on Long-range Transboundary Air Pollution by hosting the Environmental Monitoring and Assessment (EMEP) Centre for Integrated Assessment Modelling and participation in numerous policy and scientific meetings.

MAG also contributed to the assessment report of the Arctic Monitoring and Assessment Programme (AMAP) of the Arctic Council, which was finalized in late 2014.

Markus Amann contributed to a report of the China Council on International Development (CCICED) to the Chinese government on more effective air pollution control legislation in China.