In 2014 the new understanding of the sources of particulate matter pollution in urban areas developed by the Mitigation of Air Pollution and Greenhouse Gases (MAG) Program opened up a wide range of opportunities for policy interventions able to yield important co-benefits with other policy priorities. 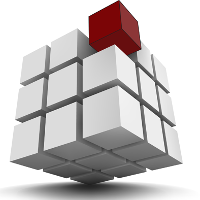 Among the highlights of MAG research in 2014 are:

A new methodology to determine the sources of population exposure to fine particulate matter (PM2.5) in urban areas was finalized and published. More

In 2014 the Mitigation of Air Pollution and Greenhouse Gases (MAG) Program continued the analyses of the mitigation potentials and co-benefits of specific emission control options. More

In 2014 the Mitigation of Air Pollution and Greenhouse Gases (MAG) Program completed a new generation of projections of global future air pollutant and greenhouse gas emissions that outline the impacts of future policy decisions. More