A new methodology to determine the sources of population exposure to fine particulate matter (PM2.5) in urban areas was finalized and published. 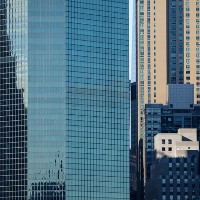 In 2014 the Mitigation of Air Pollution and Greenhouse Gases (MAG) Program with international collaborators completed the development of a new methodology for source apportionment of air pollution in urban environments [1] [2] [3].

This calls for a fundamental reorientation of conventional air pollution control strategies around the world. In contrast to present policy approaches that attempt to improve urban air quality through local (traffic management) measures at the city scale [4], the new findings highlight the need for regionally coordinated action involving all sources of precursor emissions in a wide range of economic sectors.

In particular, a substantial fraction of PM2.5 (typically 20-40% in European cities, and even more in developing countries) originates from solid fuel combustion (i.e., biomass and coal) in households for heating and cooking purposes. Effective policies to reduce pollution from these sources will not only result in significantly reduced health impacts from lower outdoor and indoor exposure to fine particulate matter but, by providing access to cleaner forms of energy, will also improve the living conditions of the poorest [5]. At the same time, such measures will also significantly reduce emissions of black carbon and other short-lived climate pollutants, which will have positive impacts on temperature increase in the near term [6] [7].

In addition, chemical analyses clearly demonstrate that secondary inorganic aerosols constitute typically 40-50% of the observed mass of PM2.5 in urban areas, both in Europe and Asia. These particles are formed in the atmosphere from precursor gases sulphur dioxide (SO2) and nitrogen oxides (NOx). These depend on the presence of ammonia (NH3), which is mainly released from agricultural sources. In many conditions, the availability of NH3 will determine the formation of these particles, and effective reductions of these secondary aerosols cannot be achieved without clear cuts in agricultural ammonia emissions. This chemical mechanism provides further rationales for controlling nitrogen emissions, in addition to the other implications of the serious disturbance of the nitrogen cycle. A wide range of pollution control options at rather modest costs is readily available [8] [9] [10].