Selected highlights of the policy relevance of the Risk, Policy and Vulnerability (RPV) Program’s research that are of interest to IIASA’s National Member Organizations are listed below by theme. 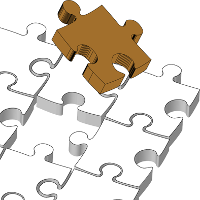 IIASA researchers were invited to share their research results at a European Parliament public hearing on the European Union Solidarity Fund in February 2014.

Reinhard Mechler was invited to present to the plenary of the first Preparatory Conference for Third World Conference on Disaster Risk Reduction (WCDDR) and suggested a rationale for bolstering investment in disaster risk management.

Mechler was also invited to present a system’s approach to assessing risks from global, regional and local nuclear warfare at the third International Conference on the Humanitarian Consequences of Nuclear Weapons in Vienna in December 2014.

RPV has informed the debate on governance of energy transitions in the Middle Eastern and North African region with keynote presentations at the Fourth Asia-Africa Sustainable Energy Forum in Oran, Algeria and Forth Arab Conference on Geophysics in Cairo as well as was co-organizing the International Conference on Renewable Energy Development in cooperation with the government of Tunisia, GIZ and World Bank.

Under the project Strengthening the Disaster Management Systems in Cambodia through Risk Assessment, Early Warning Systems and Developing Building Codes, supported by the World Bank, RPV researchers conducted a participatory workshop in Phnomh Penh in June 2014.

RPV continued its three-year public participatory process in Nocera Inferiore, Italy to address landslide risk, which resulted in recommendations to the municipality on measures to protect the community.

RPV contributed research results to the ongoing debate at international and national governance levels on the multi-risk approach to disaster risk reduction. The research results were outcomes of the three-year European Commission-funded Multi-Hazards and Multi-Risk Assessment Project (MATRIX), related to decision-making processes and risk governance. RPV contributed to meetings organized by the European Commission, Humanitarian Aid and Civil Protection Department, and workshops on protection of critical electricity transmission infrastructure organized by the Organization for Security and Co-operation in Europe in Vienna, Austria, and by NATO in Tbilisi, Georgia.