The highlights of research by the Risk, Poverty and Vulnerability (RPV) Program in 2014 fell under five broad themes, including risk analysis and modeling, policy support, and looking at new structures of governance. 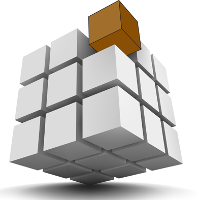 RPV improved probability-based flood loss estimates across Europe, showing that losses from extreme floods in Europe could more than double by 2050, mainly due to climate change and socioeconomic development. Researchers worked as part of the Zurich Flood Resilience Alliance to embed disaster risk management in a development perspective and in conceptualizing disaster resilience.

RPV research contributed to a shift in the Intergovernmental Panel on Climate Change Fifth Assessment Report, namely, that climate change acts as a “threat multiplier” and that a policy of managing extreme event risks is essential rather than one of climate change adaptation per se.

RPV scientists conceptualized the balance between investments in disaster risk reduction and risk transfer by showing how each addresses a distinct layer of risk, and suggesting a risk layer that represents a limit to adaptation.

RPV recommended the creation of multi-risk platforms, which would involve all stakeholders in developing a publicly available database on risks facing communities and would also promote stakeholder deliberation.

Collaborative high-level research by Risk, Policy and Vulnerability (RPV) found that losses from extreme floods in Europe could more than double by 2050, mainly due to climate change and socioeconomic development. The research allowed the first comprehensive assessment of continental flood risk and a comparison of the different adaptation options available to Europe. More

As well as helping assess how much capitalization is required for a global adaptation fund to compensate the most vulnerable countries for climate-related disaster losses, the Risk, Policy and Vulnerability (RPV) Program worked as part of the Zurich Flood Resilience Alliance to embed disaster risk management into the development perspective and to establish a multidisciplinary and theoretically grounded conceptualization of disaster resilience. More

Risk, Policy and Vulnerability (RPV) research is critical in terms of overcoming the perception that insurance can contribute to risky behavior and thus disaster risk. It reveals how indexed systems, where payouts are triggered by an event parameter and not by loss claims, not only avoid moral hazard and encourage risk reduction, but can increase the access of the poor to much-needed safety nets. More

The Risk, Policy and Vulnerability (RPV) Program in 2014 made progress not just in dealing with meeting the physical challenges of climate change, disasters, and increased competition for resources, but also researched transitions in the ways we govern by exploring more adaptive and inclusive approaches. More