The Risk, Policy and Vulnerability (RPV) Program in 2014 made progress not just in dealing with meeting the physical challenges of climate change, disasters, and increased competition for resources, but also researched transitions in the ways we govern by exploring more adaptive and inclusive approaches. 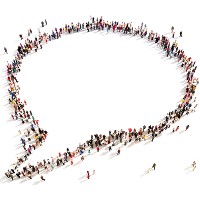 Governance is more than government and also more than an international negotiating regime. Moreover, operationalizing research on governance goes beyond communicating scientific results to policymakers and analyzing how these results are interpreted and implemented.  Modern governance involves designing participatory processes and working with stakeholders—governments and international negotiators, as well as businesses, conservationists, and civil society—to co-generate actionable knowledge and to both formulate and implement policies on collective problems.

Involving stakeholders is essential for elaborating and legitimizing public policy on disaster risk management during the post-disaster recovery process, as stipulated by the Rio Declaration and the Hyogo Framework for Action 2005-2015. Such processes are at the core of the Risk, Policy and Vulnerability (RPV) Program’s work on disaster risk governance. More

Risk, Policy and Vulnerability (RPV) scientists showed how political risks to large-scale solar institutions planned for the Mediterranean and North African region depend on the specifics of the sector, size of project, and type of activity. They also discussed the water shortage challenges facing Iran. More

The financial crisis led to heated debate on how and how much to regulate the financial sector. The Risk, Policy and Vulnerability (RPV) Program in collaboration with executives from Willis Re carried out extensive interviews with insurance and bank executives, from which four different “risk cultures” were identified. More