As well as helping assess how much capitalization is required for a global adaptation fund to compensate the most vulnerable countries for climate-related disaster losses, the Risk, Policy and Vulnerability (RPV) Program worked as part of the Zurich Flood Resilience Alliance to embed disaster risk management into the development perspective and to establish a multidisciplinary and theoretically grounded conceptualization of disaster resilience. 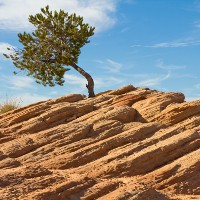 The concept of resilience, shaped at IIASA, is fundamental to global questions about managing risk, adapting to climate change, and enhancing sustainable and equitable development. In 2014 RPV researchers worked as part of the Zurich Flood Resilience Alliance to embed disaster risk management in a development perspective and to conceptualize disaster resilience.

Over the last ten years, more than 250 million people have been affected by flooding. Floods now represent the single most widespread and increasing disaster risk to urban settlements of all sizes. Flooding causes enormous damage to critical infrastructure including transport systems, roads, schools, and healthcare facilities. Compounding flood disasters are deaths by drowning and electrocution as well as damage to vital infrastructure such as homes and transport. Flooding affects developing countries and developed countries alike.

The Risk, Policy and Vulnerability (RPV) Program pioneered numerous studies on the fiscal resilience of national governments to extreme event losses, a concept that has become increasingly topical as climate negotiators deliberate on a global fund to support adaptation. More

To operationalize the concept of social and ecological resilience, the Risk, Policy and Vulnerability (RPV) Program and partners in the Zurich Flood Resilience Alliance are developing a comprehensive conceptual model for operationalizing disaster resilience thinking, which is being rolled out in several countries globally. More

The impacts of livestock on endangered species have been understudied, particularly across the livestock-wildlife interface in forested protected areas. A member of the Risk, Policy and Vulnerability (RPV) Program investigated the impact of an emerging livestock sector in China's renowned Wolong Nature Reserve for giant pandas. More