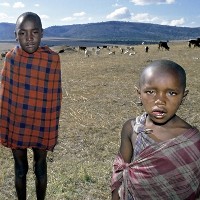 RPV researchers helped shift the basis in AR5 WGII for policy action on climate extremes from simple climate change adaptation to an acknowledgment of the essentiality of managing extreme event risks where climate change acts as a “threat multiplier.” RPV also contributed to ongoing deliberations on the climate change Loss and Damage Mechanism (agreed in Warsaw) and an actionable concept for dealing with potential loss and damage based on the recurrence and potential consequences of hazards.

RPV advanced methodological thinking and practice on climate policy from the perspective of vulnerability, developing multi-criteria analysis that can account for multiple values, interests, trade-offs, and synergies between climate policy goals, their likely consequences, and the development objectives of a country wishing to put into practice its climate policy plans.

The Risk, Policy and Vulnerability (RPV) Program contributed to resolving the debate on formulating and shaping the Loss and Damage Mechanism, agreed at the Warsaw Climate Change Conference in 2013. More