The Water (WAT) Program worked on a project on Progress in Renewable Energy and Biofuels Sustainability (PREBS14) which provides the analytical basis for monitoring, assessing, and evaluating the evolution of 27 European Union member states in implementing the RES Directive, based on a detailed analysis of the progress reports submitted by each of the EU member states. 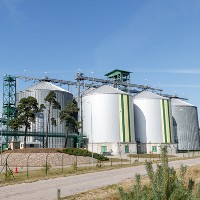 The goal of the PREBS14 project was to support the European Commission in their 2014 reporting requirements in the framework of the RED 2009/28/EC, on the sustainability of biofuels. This was achieved by deriving the origin of biofuels and their feedstock, subsequently evaluating environmental and social sustainability impacts along the supply chain and at the location of feedstock production and quantifying indirect effects that take place via traceable displacement or via the international commodity market.

The specific contributions of WAT researchers were to assess, based on macro-economic food system modeling: i) the total amount of land used and land use changes for EU biofuel consumption 2011-2012, and ii) food price changes due to EU biofuels in 2011-2012.

Renewable Energy and Sustainability of Biofuels