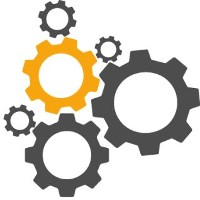 In the program’s first research domain, optimal behavior of systems, ASA focuses on how the decisions that govern systems’ behavior are made, how decision-making can be formalized in models, and what consequences different decisions yield. Publications in 2015 covered a variety of issues in this field, including developing optimal resource management models and long-term economic growth models, as well as advancing methods of the optimal control theory.

In the second domain, interactions within systems, ASA focuses on the role of the system structure, that is, indirect links and connectivity between individual sub-systems within a larger system. Research in 2015 included work on developing network analysis to investigate indirect connections in real-life ecological and human-made networked systems; modeling financial systems and evaluating systemic risk; and advancing game-theoretic approaches to analyze strategic interactions of multiple connected agents.

In the third domain, system transitions and resilience of systems, ASA focuses on the systems of systems, characterized by complex dynamics, decentralized decision-making, and significant uncertainties, aiming to explore systems’ resilience to extreme shocks. In 2015 ASA researchers dealt with conceptualizing and quantifying sustainability, and developed approaches to deal with uncertainty in climate indicators, among many other issues.

System transitions and resilience of systems

Humanity relies on a huge array of systems, from local ecosystems to global economy. The resilience of these systems to shocks, and whether they undergo critical transitions if pushed past a tipping point, is an important part of the Advanced Systems Analysis (ASA) Program’s research. More