The goal of the Ecosystems Services and Management (ESM) Program is to contribute to all four stages of the policy cycle: formulation, planning, implementation, and evaluation. This work is closely linked with the program’s scientific achievements, and included a wide array of activities in 2015, the highlights of which are detailed below. 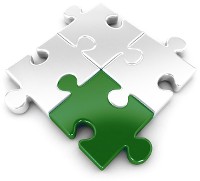 ESM was a discussion leader on the formulation of new topics related to sustainable land management. Most outstanding has been the success of the GLOBIOM-Brazil model, jointly developed with the Instituto Nacional de Pesquisas Espaciais. The model has been used for the calculations of the land-use related component of Brazil’s Intended Nationally Determined Contribution, which was prepared for the climate negotiations at the Conference of the Parties 21 in Paris.

ESM has been invited by the Ministry of Energy and Mineral Resources, Indonesia’s National Member Organization (NMO), to organize the first capacity building workshop on energy sector decision making based on IIASA model developments. MESSAGE and BeWhere training took place in Jakarta under the framework of the IIASA Tropical Futures Initiative (TFI). The ESM work with the Indonesian NMO resulted in an invitation to develop a spatial energy assessment tool for the country, to be presented at the Bali Clean Energy Forum in early 2016.

ESM scientists have been heavily involved in research on Negative Emissions Technologies (NETs), assessing the potentials of different technologies as well as carrying out globally consistent regional assessments with respect to Bioenergy and Carbon Capture and Storage. ESM scientists have also developed an approach to take pressure off land use through the large-scale deployment of algae.

Furthermore, ESM has also had policy impact through active membership in the International Resource Panel: the Intergovernmental Platform on Biodiversity and Ecosystem Services (IPBES), for which ESM staff serve as members of the scientific advisory board of the Group on Earth Observations.

IPBES is an emerging intergovernmental body assessing the state of biodiversity and ecosystem services in response to requests from prominent decision makers. It works under the auspices of four UN entities: UN Environment Programme (UNEP), UN Educational, Scientific and Cultural Organization, FAO, and UN Development Programme and is administered by the UNEP. One thousand scientists from all over the world currently contribute to the work of IPBES. With a membership of 124 countries, it is directly accountable to decision makers and represents a potential avenue of considerable policy impact for ESM and IIASA as a whole. Currently, three ESM staff are officially recognized contributors to IPBES (Michael Obersteiner, Florian Kraxner, and Matthew Cantele).

Other notable policy relevant work by ESM includes the publication of the book: The Future Use of Nordic Forests – A Global Perspective, which was launched at the International Boreal Forests Research Association conference 2015 in Finland. PSI researchers also contributed to the first OJeong Eco-Resilience Institute Symposium—Resilience Thinking in a Changing World—which took place in South Korea.