Selected highlights of the policy relevance of the Risk, Policy and Vulnerability (RPV) Program’s research that are of interest to the IIASA National Member Organizations are listed below by theme. 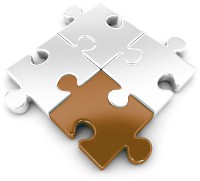 Following up on RPV’s previous expert testimony on the EU Solidarity Fund (EUSF), RPV organized a workshop in Brussels to provide a platform for policymakers (including representatives from the European Commission, finance ministries, and insurance companies) to discuss Europe’s financial resilience and the future of the EUSF. As part of this meeting, RPV researchers shared the outcome of their recent analysis, which uses the Catastrophe Simulation (CATSIM) model to assess the Fund’s performance with respect to solidarity, robustness, and the promotion of risk reduction.

IIASA studies were showcased at the 3rd World Conference on Disaster Risk Reduction held in Sendai in March, where policymakers, civil society organizations, and scientists gathered to discuss a disaster risk reduction framework. IIASA provided an important scientific basis for the formation of participating countries’ voluntary commitments to Sendai implementation. Similar commitments were also made by Latin American counties for which IIASA provided technical support on probabilistic cost-benefit analyses of disaster risk reduction public investment. RPV has been highly involved in collaborations with the non-governmental organizations International Federation of Red Cross and Red Crescent Societies and Practical Action to develop strategies for building community disaster resilience.

RPV founded the Loss and Damage Network, a network of researchers, civil society representatives, and policymakers to support work under UNFCCC's Loss and Damage Mechanism with rigorous and evidence-based research.

RPV also informed the debate on energy transitions in the Middle Eastern and North African region by chairing two sessions for energy development practitioners at the 2nd International Conference and Exhibition on Solar Energy, Tehran, Iran.

At the Elmau G7 Summit in June the G7 InsuResilience Initiative was launched. It aims to provide up to 400 million people living on the frontlines of climate change with climate risk insurance within the next five years. This initiative built on the pioneering work of RPV on novel risk sharing and transfer instruments to support the poor. RPV, as part of the Munich Climate Insurance Initiative, was invited to comment on the concept paper. The initiative received huge traction at the COP21 Paris conference.

RPV designed and carried out a three-year public participatory process in Italy to address landslide risk, which resulted in recommendations to the municipality. IIASA contributed to a multi-criteria based policy recommendation process with tool support which was adopted by the Swedish Association of Local Authorities and Regions as well as the Swedish Transport Administration [1], which included software based on [2]. At a workshop organized by the Energy Community Secretariat and the Joint Research Centre, RPV informed transmission and distribution system operators from South Eastern Europe about the need to address human factors in energy scenarios, such as perceptions of existing risks and uncertainties. RPV researchers also advised stakeholders from Austria, Germany, and Russia on the need for participatory governance in the context of energy transition.

European flood risk could double by 2050