The highlights of research by the Risk, Policy and Vulnerability (RPV) Program in 2015 fell under five broad themes, including risk analysis and modeling, disaster resilience, climate strategies, safety nets for the poor, and new modes of governance. 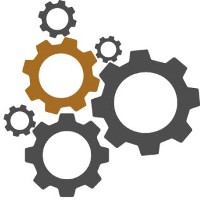 Advancing analysis and modeling of risk, RPV created a new revision of the Catastrophe Simulation model, including the copula probability approach, and applied it in a working paper series of the UN Office for Disaster Risk Reduction. To aid disaster resilience, RPV developed a “Flood Resilience Systems” conceptual framework for understanding connections between disasters and development.

The poorest countries are already feeling the effect of climate change. This means that complex issues such as compensation, liability, and a need for attributing disasters to climate change are being discussed. To help move this debate forward, RPV has organized a meeting to set up a broad scientific network to support work under the Loss and Damage Mechanism.

RPV researchers have also examined the importance of climate insurance as a safety net and new modes of governance, which take into account all stakeholders. RPV’s research pursues solutions that involve and respect all voices in reaching a compromise. More details of RPV’s innovative research are included below.

The Risk, Policy and Vulnerability (RPV) Program built on its breakthrough in assessment of flood-risk distributions which accounts for spatial correlation between river basins and therefore avoids underestimation of risk. The program has now incorporated different types of copula dependency measures, such as the Archimedian- and Frank-based copula, and various dependency structures. More

Questions of fiscal, social, and ecological resilience have become fundamental to addressing the global issues of risk management, climate change adaptation, and transitions to a sustainable future. However, operationalization of the concept has remained elusive; this is where Risk, Policy and Vulnerability (RPV) Program made substantial progress in 2015. More

The Sendai Framework for Action, discussed in [1], brought global attention to the urgent need to simultaneously consider development and climate change priorities as part of disaster risk management. The international rhetoric has now, more emphatically than ever, shifted from ex-post reconstruction and relief to ex-ante disaster risk reduction and financing. More

In 2015 the Paris COP21 and the G7 Initiative on Climate Risk Insurance showed that insurance against the impacts of climate change is a key issue. The Risk, Policy and Vulnerability (RPV) Program played a role in the history and drafting of both initiatives and is contributing to the evidence needed for their implementation. More

Meeting the challenges of climate change, disasters, and competition for energy and resources requires transitions in the way we govern. In 2015 the focus of the Risk, Policy and Vulnerability (RPV) Program’s work on governance was on open government, stakeholder perceptions, and the involvement of multiple stakeholder perspectives in participatory settings. More