The Sendai Framework for Action, discussed in [1], brought global attention to the urgent need to simultaneously consider development and climate change priorities as part of disaster risk management. The international rhetoric has now, more emphatically than ever, shifted from ex-post reconstruction and relief to ex-ante disaster risk reduction and financing. 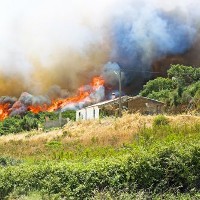 The Risk, Policy and Vulnerability (RPV) Program addressed the challenges of making this transition by i) emphasizing the importance of estimating the co-benefits generated by disaster risk reduction (DRR), ii) examining the role of risk financing instruments in DRR, and iii) building a scientific network to support work under the recent Warsaw Loss and Damage Mechanism, which focuses on climate justice and risk management.

A special issue in the journal Climatic Change, coedited by RPV staff and published before COP21, examined a broad spectrum of issues pertaining to adaptation and climate risk management, including: changing definitions of climate extremes, the role of adaptation in the urban space, novel scenarios for adaptation, complexities involved in attributing climate change with climate-related risks, the role of risk financing instruments, and the interplay of adaptation and transformation. As discussed in [2], the special issue strengthens the imperative expressed in Paris at COP21 by showing that the world is already experiencing the impacts of climate change, and must be prepared for more impacts in the future. The research also underlines the crucial role of climate risk management for climate adaptation and climate mitigation, suggesting potential actionable options backed by policy-relevant research. The study showed how financial instruments can be used as one tool in the risk management toolbox, improving the ability of developing countries to bounce back after climate-related disasters.

Discussions on dealing with the burdens from climate change that are already palpable, as well as those of the future, have moved into the spotlight of international climate policy. They are being tackled as part of the climate negotiations via the 2013 Warsaw International Mechanism for Loss and Damage associated with Climate Change Impacts (Loss and Damage Mechanism), a measure for dealing with impacts and adaptation related to extreme and slow-onset climate events. Debate on the scope, framing, and implementation of the Mechanism is still underway, and is heavily framed around complex issues such as compensation, liability, and a need for attributing disasters to climate change. To help move this contentious debate forward, RPV recently organized a meeting at IIASA to set up a broad scientific network to support work under the Loss and Damage Mechanism, with rigorous research focused on climate justice and risk management. The network will work towards informing COP22 in Marrakesh in 2016 by producing a book and other publications.

[2] Birkmann J & Mechler R (2015). Editorial - Advancing climate adaptation and risk management. New insights, concepts and approaches: what have we learned from the SREX and the AR5 processes? Climatic Change, 133(1):1-6.